(Okay, long story short: when I looked at these pictures on my laptop while I was writing this post they looked fine. Now I look at them on my desktop as I post them they look far too shadowy. Hopefully they look okay but I really need to get one of these daylight bulbs people on hobby forums enthuse about and maybe that'll solve the problem once and for all.)

A productive week. Not only did I get the Glade Lord finished for my One Week Challenge but a few other bits and pieces along the way. I've got a head of steam up now and hopefully I can carry that momentum forward and get more done next week.

This week's models, in order of completion: 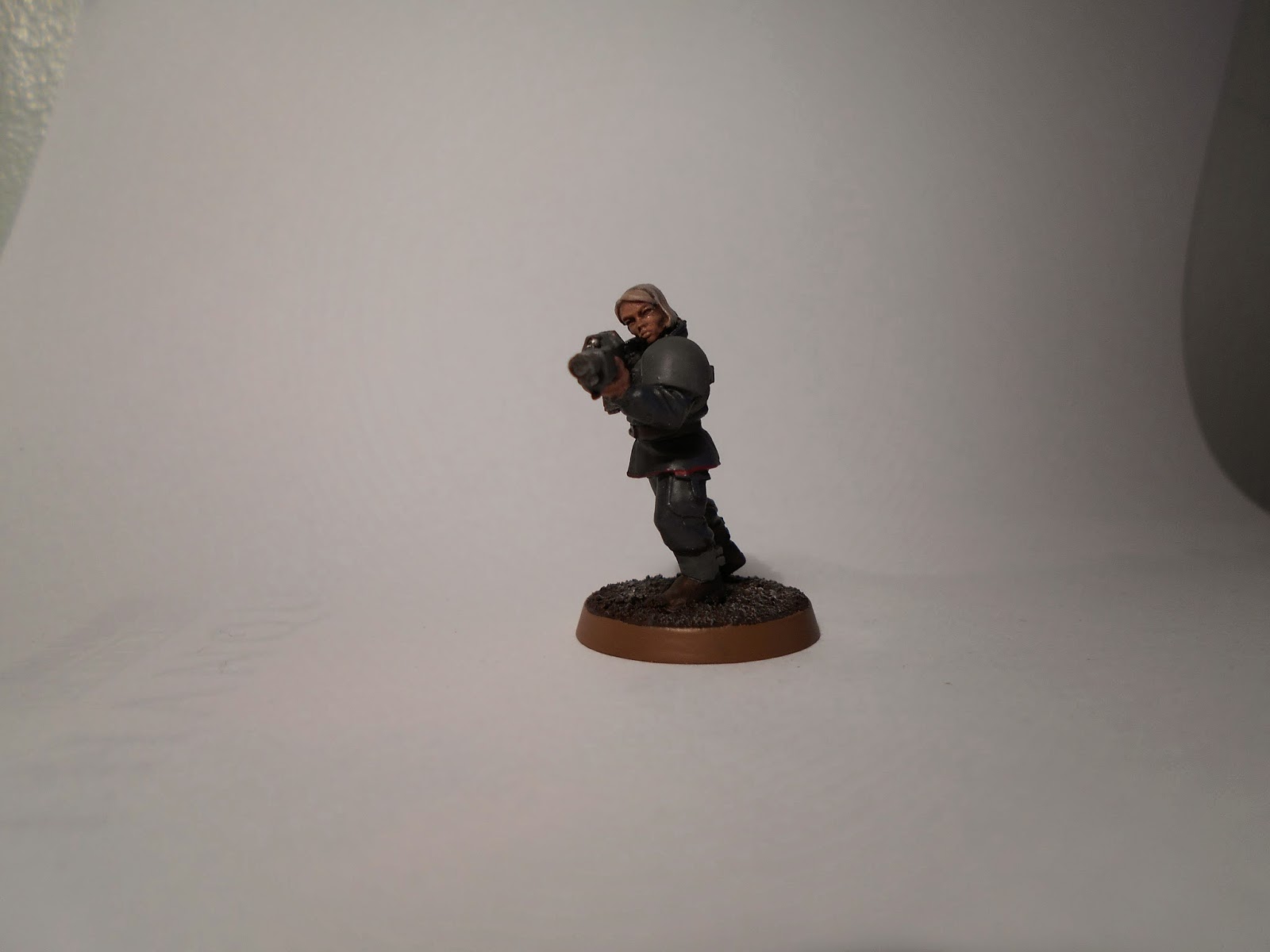 Test model for my Astra Militarum regiment the Silvik 23rd “Fixers” using the Statuesque Miniatures heroic scale female heads conversion set. As previously noted the head doesn't have the right connector to fit the torso, at least for any pose other than ironsighting so I'll need to learn to sculpt a join before doing any more.


I think a darker grey for the flak armour would compliment the grey better in future, though. I'm rather proud of the red edging, though. 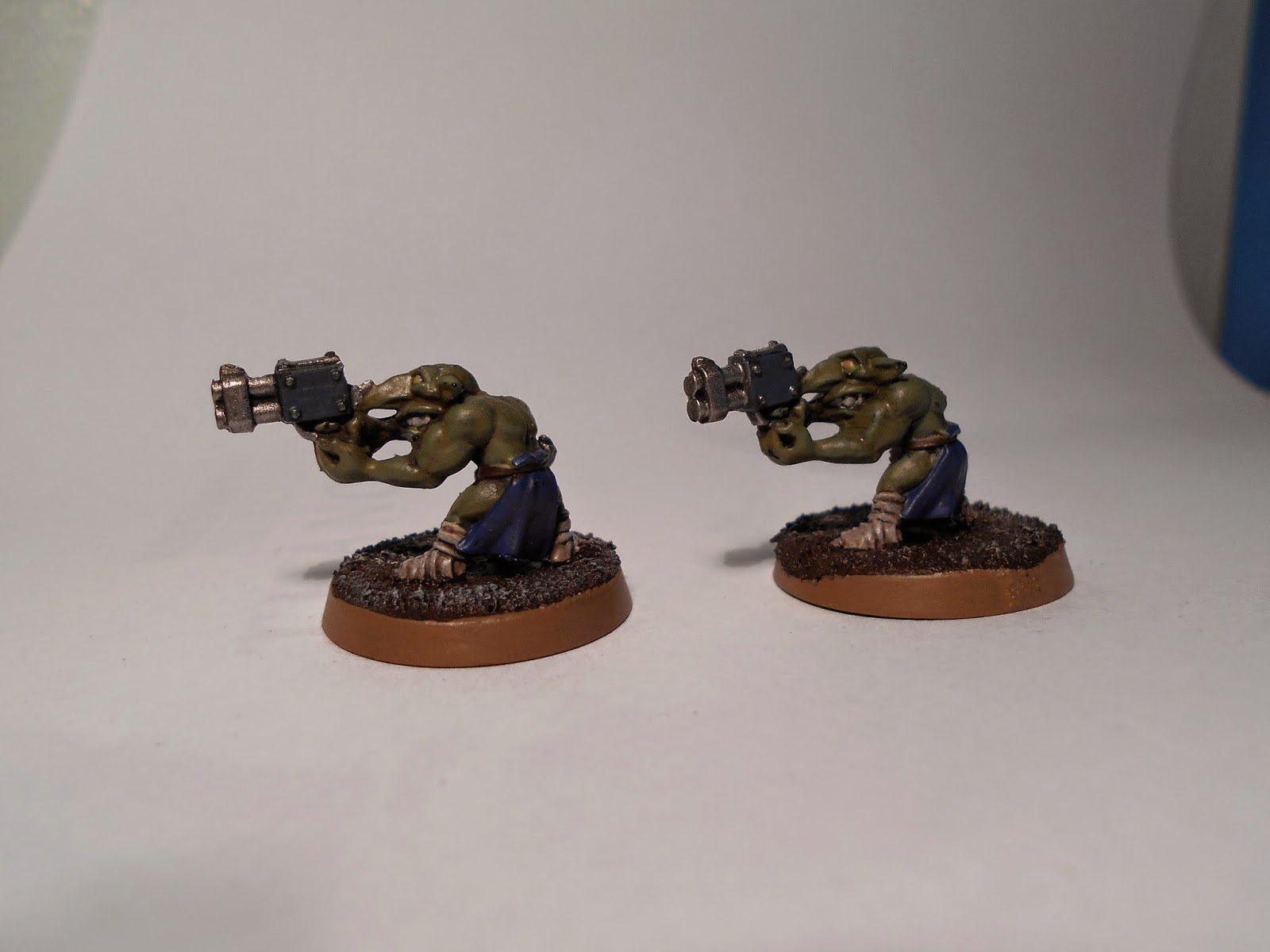 These Gretchin represent something important to this project: easy victories. Small, simple models that can be dashed off in a session or two. Its a nice feeling to finish something and it gives you a boost to your momentum. Since between the twenty-strong Gretchin mob, Mek Gun crew and other random Grots I've got about thirty that I can stick on one side of the painting table one or two at a time just to chip away. 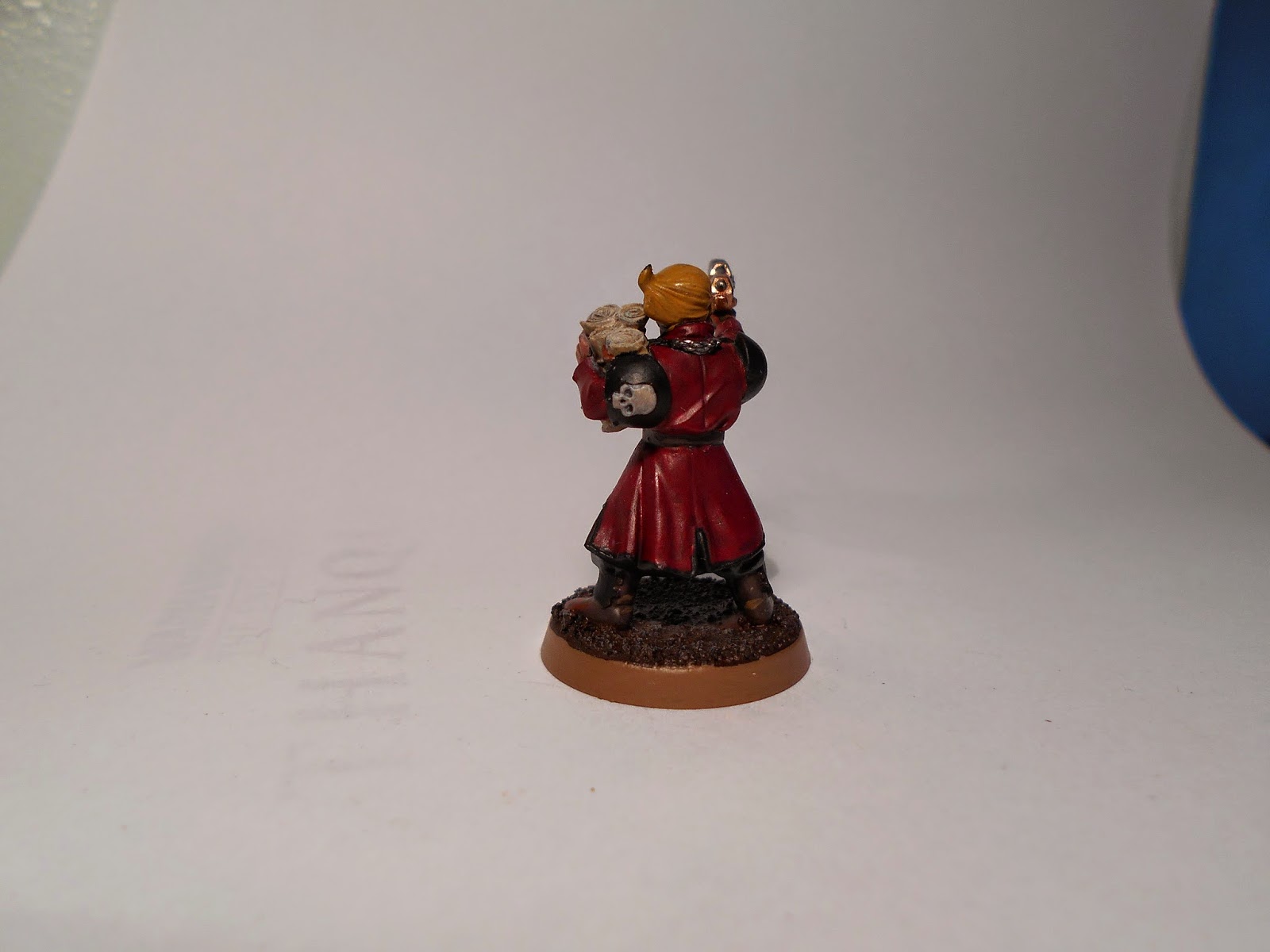 The first of my Inquisitor's warband: Alvin Callum,Imperial Strategist and former scrivener for the Avalon Free Press' devotional pamphlet The 700 Wonders Of The Imperium. He's a polymath recruited by my inquisitor to act as his mission operator. His strategy commission was part of a longterm undercover assignment. I've been using this character for over ten years in every Imperial army I've ever had and its actually a bit of a treat to myself to finally make a model for him. 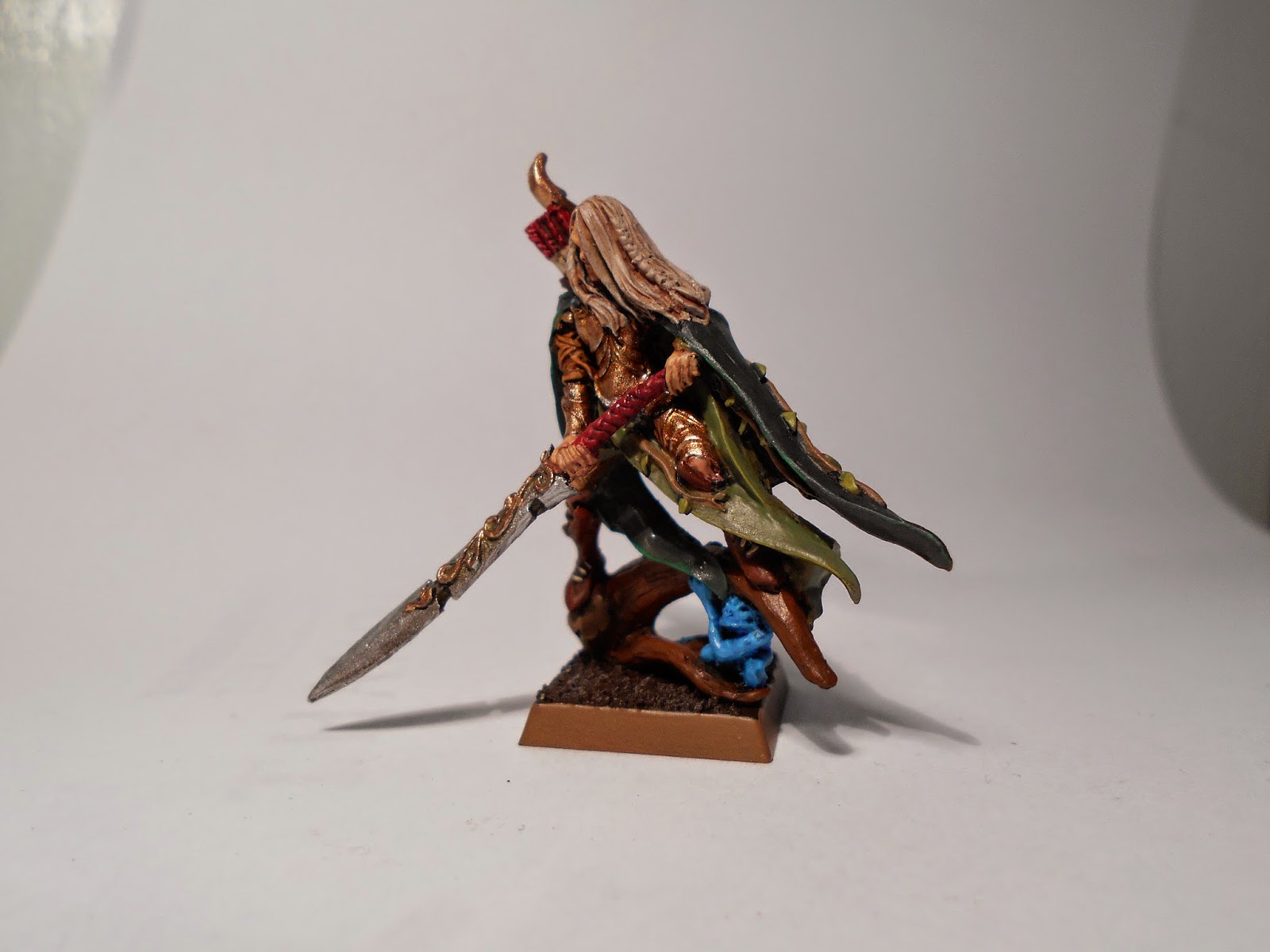 The main event, of course, is the Glade Lord I was painting for my One Week Challenge. Its a lovely model to paint, at least once you've worked out where the loincloth ends and the cape begins. I “highlighted” the armour using a shade since its far too delicate for me to even attempt it with an actual brush. I'm really going to have to work out some background for this guy as I want to use him a lot, I absolutely love this model 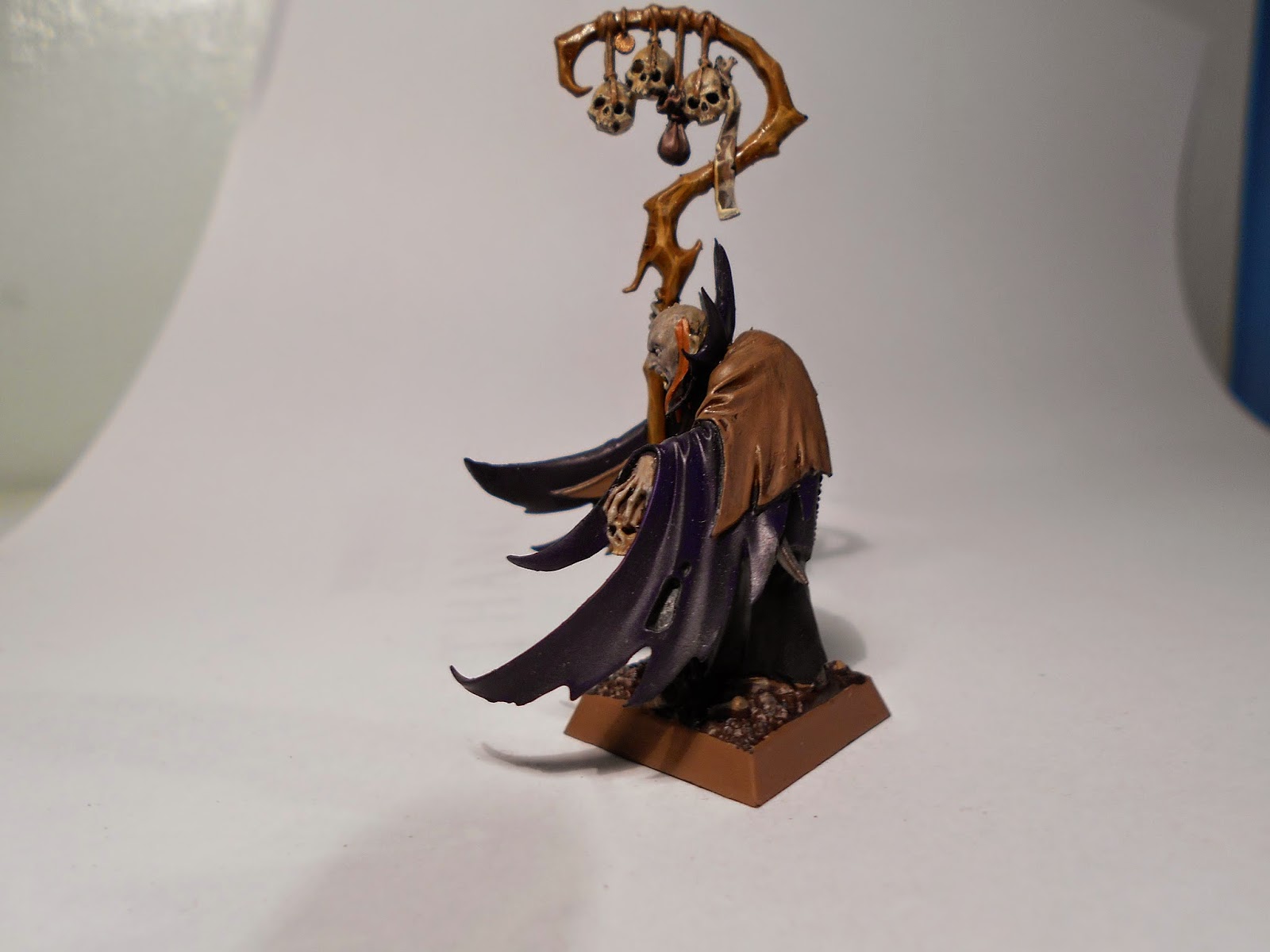 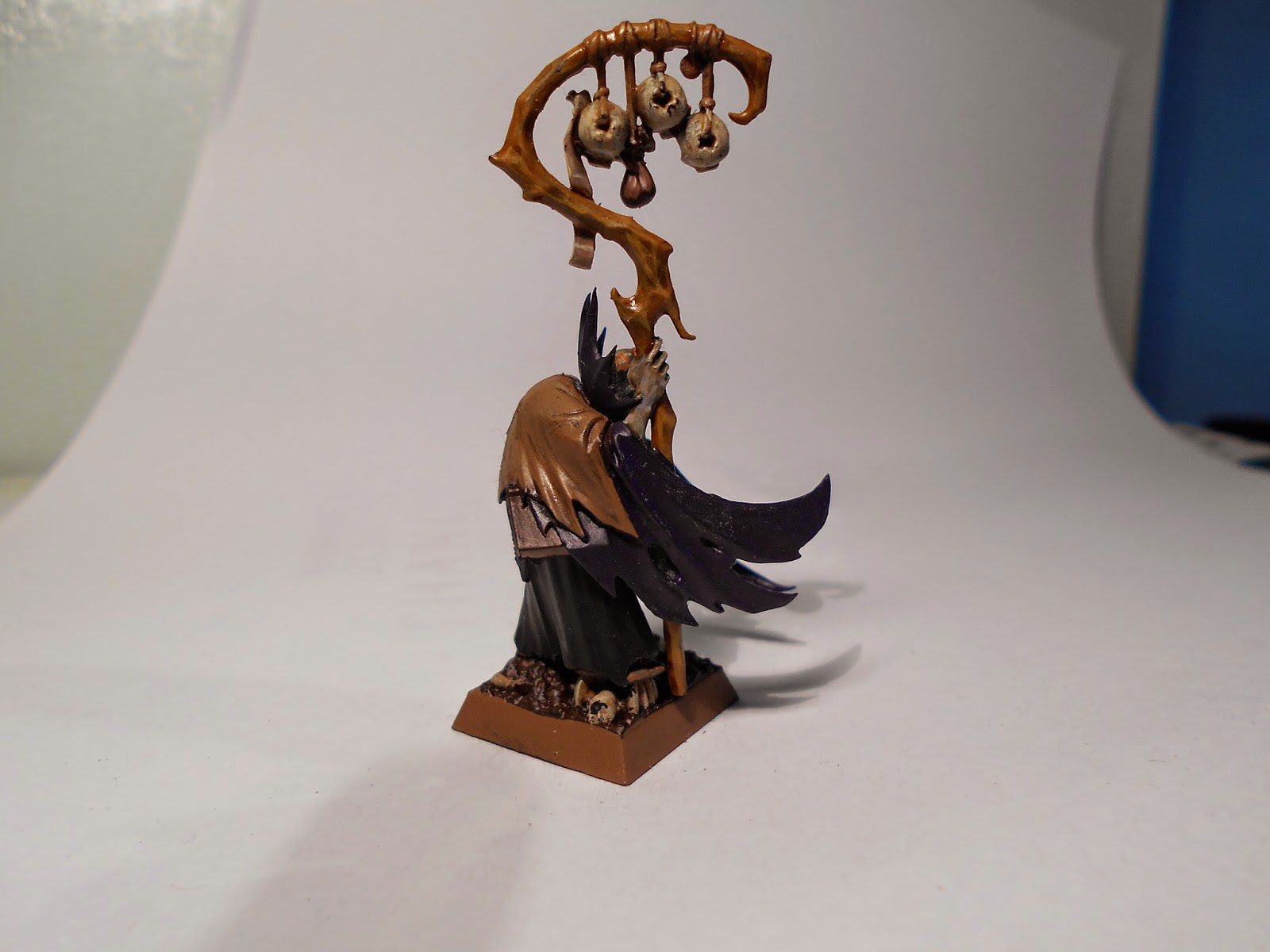 I've been using this Necromancer model for the better part of a year with it very nearly almost completed and I took the chance to finish him off. I'm not entirely satisfied with the pale flesh method I tried but I really didn't feel like repainting it. 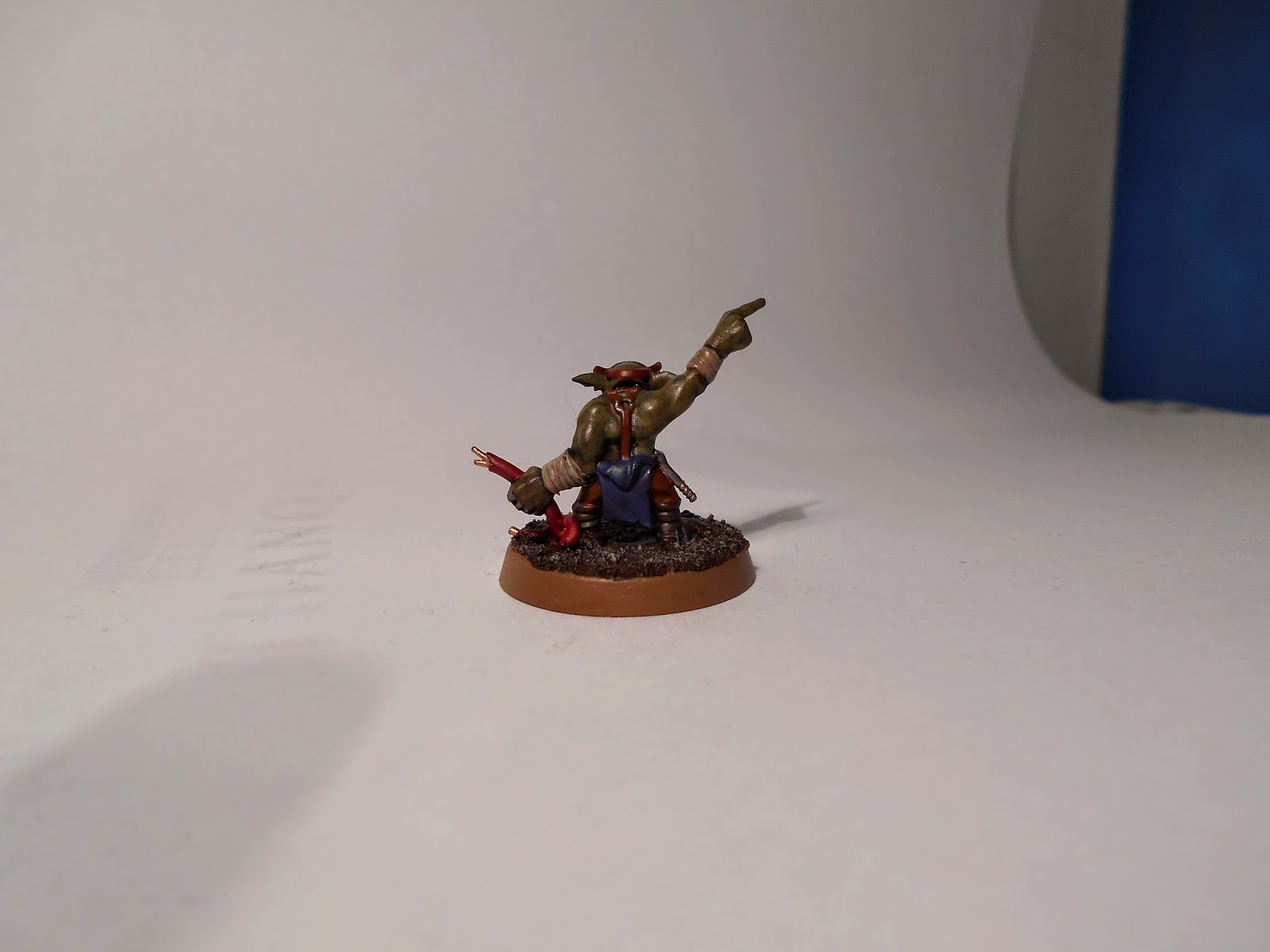 Another Grot, this time crew for my Mek Guns, and probably my favourite of all the Grot sculpts. I like the little welding mask and the comical little pose. It also have me a chance to experiment a little with what I wanted armour plate to look like in the army. I didn't want to go with any of the usual Orky colours and the blue-green of Stegadon Scale Green suits my idea for a navy theme. 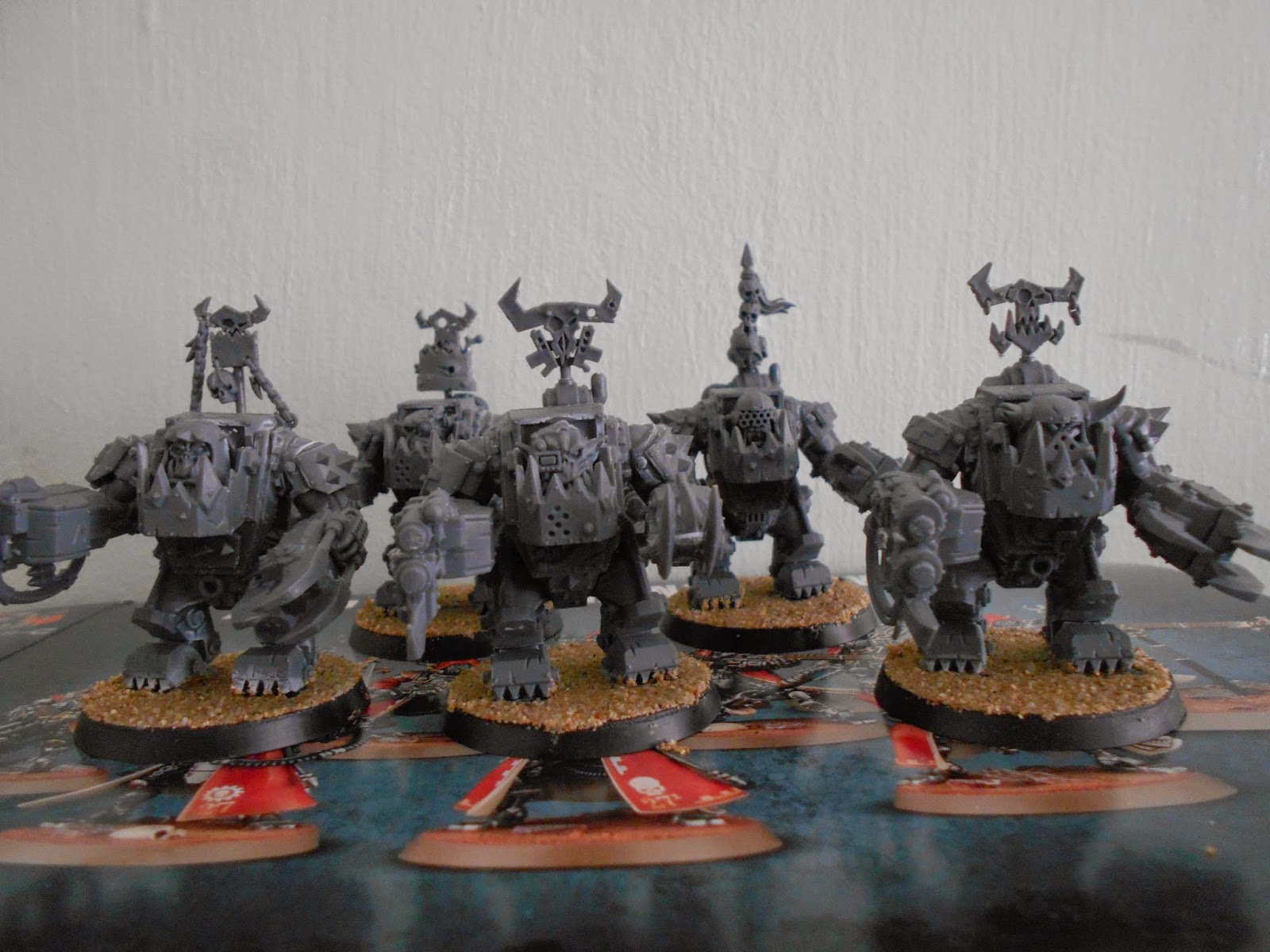 If there's one thing my Ork army needs its more heavy armour, plus I want to try something rather larger than a single character. The Meganobz seem relatively simple: once I've got the green flesh and the armour painted there's just the details to fill in. Also, they were a birthday present (well, three of them were) and it seems ungrateful not to have painted them.
Posted by James Ashelford at 17:17