The Helbrute leak and what I hope it means 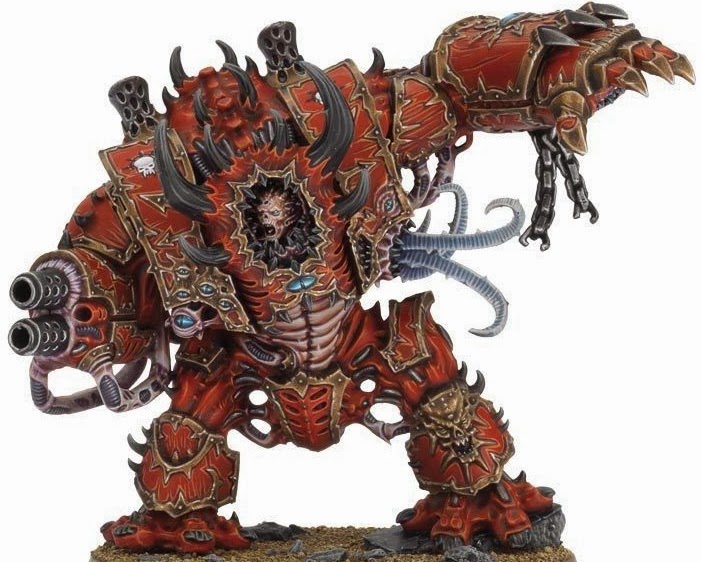 They've been taken down now but pictures leaked onto the internet earlier in the week of a new Helbrute model, multi-part with options to represent all the Chaos Gods. The pictures were from the next issue of Warhammer Visions so we can expect the model to be solicited in the next White Dwarf.

This is good. I like (even prefer) the Dark Vengeance Helbrute but it'll be good to have the option of a second without buying a whole other starter set. It'll be nice to have one I can built to be clearly Nurglesque for my Death Guard (the Dark Vengeance one will be painted for my Word Bearers). Has to be said, though, I like it mainly because of what it might mean in the future.

Right now the Helbrute is a big draw for Dark Vengeance, an exclusive mini you can only get in the big set and there are other models fitting that description I'd like to see as separate kits. I know I bang on about the Lost And The Damned but a proper Cultists kit would be lovely. Let's face it, compared to the Helbrute a bunch of expendable mortal plebs with shitty guns is not a huge draw (unless you're me).

And then there are the High Elves in Island Of Blood. Two of those exclusive units are Core choices. I say that the contents of this set need making into proper kits out of pure selfishness since the two High Elves themes that really appeal to me are Lothern (with Sea Guard from one horizon to the other) and Hoeth (with a Loremaster at the head of a big block of Swordmasters).

Of course, the Helbrute isn't even the first kit of this kind. The clampack Space Marine Captain from last September was a blatant retread of the Captain from Assault On Black Reach just with one of the new grav guns slapped on the model.

I guess what this comes down to is that I like buying certain models and I would like the option to buy just those. I want a Chaos Space Marine army with lots and lots of Cultists being callously pushed towards the enemy by their Astartes masters but I don't want to end up with half a dozens Helburtes and endless Chosen to make that a reality.


You never know, we might finally see plastic Deffkoptas.
Posted by James Ashelford at 15:40 No comments: 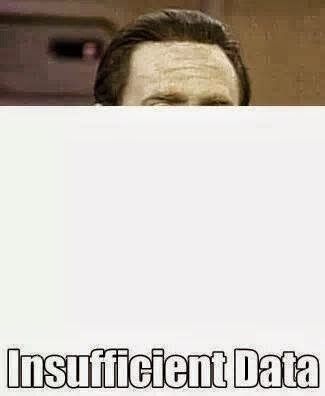 It's Tuesday. I'm having that Tuesday problem of comics not being out until tomorrow and not having anything to say. Have a funny poster that turned up in my Facebook feed courtesy of a friend.
Posted by James Ashelford at 15:08 3 comments:

For a brief, beautiful, fleeting moment I had money. My deposit came back from my old landlord. I wasn't even planning to do anything with it, just put it into savings in case I had to move again at the end of this six month contract. Then the rates turned up, which I really should have expected but there we are.

Anyway, the current financial situation has led me to make a bit of a resolution. Since I need to save money I should get on with painting some of the Warhammer models I've got sitting around half-finished. Every hobbyist gets to that stage eventually, no one ever buys “just one kit at a time” and finishes it “before I buy the next one”. No one.

Let's pick an arbitrary big number and say that I will finish 100 models before buying any new ones. This might sound a lot but I play mainly Fantasy so that's five rank-and-file units. Hell, I've got two Bretonnian Battalions sitting atop my bookshelf and they constitute 90 models between them.

I have a mountain of projects half-built or half-painted or just waiting for a few finishing touches. I started painting some Black Knights in December, painted the bone effect and just... stopped, got distracted. I've been fielding them less-than-half-painted since Matt started his campaign and it's time to get them done. I need more models for my Zombie raising pool, I bought a box, never got round to building them. I really need to make a start on my Dark Vengeance set (Guardians of the Covenant for the Dark Angels, Word Bearers for the Chaos Marines). I bought some Death Guard kits and a Wight King Battle Standard Bearer at Games Day then I had to move and they got shoved in a box, unopened. I picked up Belegar Ironhammer just to paint and... didn't.

I did make a list of all the odds and sods hanging around and it was shaming. I had no idea how far behind I was on these things. 100 isn't exactly a drop in the ocean but it's less than half the list.

Time to get to work. Progress posted to the blog as I finish models.
Posted by James Ashelford at 14:56 No comments: