How a fuzzy bat saved my UltraSun playthrough


Its funny how my engagement with Pokémon UltraSun has completely changed through the capture of two pokémon. I bought the game a few weeks ago so I'd have something to play over Christmas when family was being a bit trying. I didn't actually get that far over the festive period beyond jumping through all the initial hoops (picking my starter, learning how to battle and catch pokémon, the usual). I found myself moderately annoyed that Zygarde cells had been removed from the game and was a little intrigued by the little robot chap and chapess wandering around but I wasn't really engaged.

Then, just this weekend, I wandered into the Pokémon Centre on Route 3 and one of the NPCs wanted to trade a Spearow for a Hawlucha. 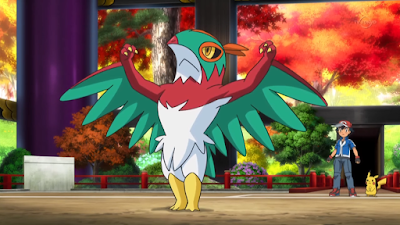 Now, I love Flying-types and there are some that are just must haves for me when they appear. Hawlucha is one of them: its a hawk that looks like a Mexican professional wrestler. How could I not want that. I dutifully wandered into the high grass looking for a Spearow (about the only Flying-type whose design I utterly despise and will not have on my team under any, any circumstances). I caught one, having accidentally one hit killed about seven because I was stupidly over-levelled, and returned to the Pokémon Centre to claim my prize.

I was a little annoyed that because of getting him in trade I didn't get to name him but, nevermind, I had one of my favourite Pokémon on my team. It was a definite pick me up.

Then came the real turning point. After beating Captain Ilima's Trial I was wandering around Verdant Cave looking for a Gumshoos I was going to name “The Donald”. Sadly, I never found that Gumshoos but I did stumble across something even better... 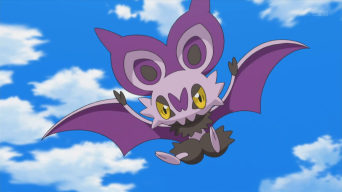 A Noibat! A pokémon I had never seen or heard of before but that looked so cool I had to have it. Its funny how that happens sometimes. I had no idea what it did or what type it was (being Flying), I just latched on to how cool the design was. On the strength of design alone I think this little chappy is going to remain a permanent fixture of my team.

As it turns out its a Flying/Dragon-type and I've never had a Dragon-type before. I've had my arse kicked by them on many an occasion but never had one on the team before. He's only Level 8, the little fellow, and has bugger all useful attacks but I hope that all that stands between it and being as awesome in a fight as it is to look at is a little power leveling.

Between this and the little robot chap and chapess turning out to be a more substantial new plot thread than I anticipated I'm feeling rather re-energised about UltraSun.


Snuffles the Noibat
Posted by James Ashelford at 05:00