Reconstruction of the Daleks


I have to admit, the BBC's record of commissioning animated reconstructions for Doctor Who is mixed, to say the least. Unpopular opinion time: I actually think The Reign of Terror had the best animation of the bunch. Yes, the ultra-modern editing style with its jump cuts and changes in camera angle stood out like a sore thumb against the surviving episodes but the basic style was solid. 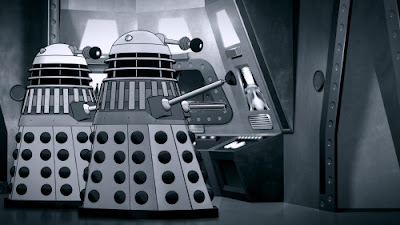 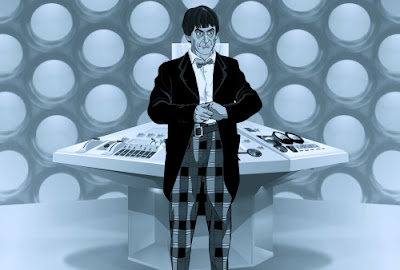 Judging by the two released screenshots, though, Power of the Daleks will probably have a simpler style more like The Ice Warriors. Which, you know, makes sense from a cost point of view, there are six whole episodes to animate.

Plus, I don't want to prejudge it too hard on the basis of two screenshots. For one thing, stills of animation never look as good as they do in motion. For another, I am not going to look a gift horse like this in the mouth. I love the Loose Cannon photo recons but there is something a little off-putting about watching a two and a half hour slideshow and anything that gets more Troughton on my DVD shelf gets the benefit of the doubt from me.

Even if their version of Troughton looks a bit creepy its not like its the worst artistic representation of the Second Doctor ever... 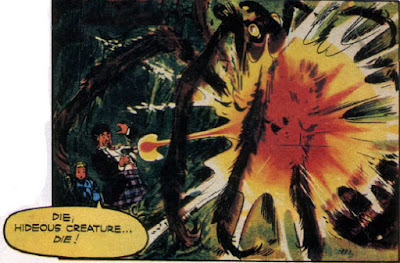