I tried to do a Doctor Who marathon last year but circumstances got in the way and I had to abandon it after The Edge Of The Destruction. So let's try this again: An Unearthly Child to the 1996 TV Movie stopping at all stations.

Why am I doing this? Well, I'd bet my view of the modern series would be different if I'd watched the episodes in random order over the course of over half my life. I saw my first Doctor Who story (Planet of the Daleks, as it happens) in 1992 when I was nine and now between BBC DVDs and Loose Cannon reconstructions I finally can do a start-to-finish watchthrough.

As a project this is, of course, inspired and indebted to those who have gone before: Robert Shearman and Toby Hadoke's Running Through Corridors (which someday might even reach its second volume), Hannah J. Rothman's Twitter Who (which recently did), Lawrence Miles and Tat Wood's About Time and Philip Sandifer's TARDIS Eruditorum (recently concluded on his blog Philip Sandifer Writer). I heartily recommend all of them. Much as I love Sandifer's essays its Rothman's approach I intend to imitate. This here is one fan's journey through 697 episodes of Doctor Who, seeing how I experience it as a series rather than as isolated stories. 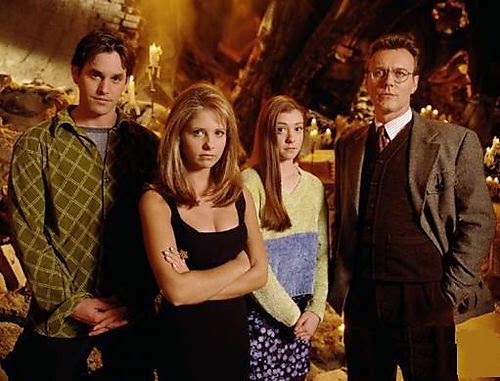 Firstly, one more piece of housekeeping: I watched the untransmitted pilot version completely by mistake. I was going to skip it and start with the transmitted first episode but those jolly people at 2Entertain had other ideas and included the pilot on the Play All function.

(A quick note about what we mean by “pilot episode” here because it is sort of a fudge. This episode wasn't a proof of concept piece like, say, the hour-long version of Sherlock: A Study In Pink. This was filmed for transmission and remounted due to technical issues. If it had gone off without a hitch it would have been the one and only version of An Unearthly Child. As it is those issues arose and the opportunity was taken to tweak the script and direction for a second shoot. For reasons we'll most likely return to throughout the black-and-white series this was actually easier to do than just re-filming the scenes affected by technical issues.)

On the one hand this mistake enhances the project, while on another compromising it fatally. There are interesting observations to be made on how the second, transmitted version polished the first (and we'll get there) but it also means that my first stop on this project to experience Doctor Who as a linear, evolving text was an episode that doesn't contribute to that evolution. Still, this is where we are and I can no more pretend my reading of An Unearthly Child isn't informed by the pilot than I can pretend it isn't informed by the other twenty-plus years of my fandom.

One of the things seeing the pilot reveals is that from day one the idea of a hostile, untrustworthy Doctor was something the production team knew couldn't last. This is perhaps the greatest shift between the two versions of An Unearthly Child: the Doctor's reaction to Ian and Barbara intruding on his life changes dramatically.

In the pilot the Doctor is hostile from the off: confrontational with Ian and Barbara and outwardly cruel to Susan when we finally enter the TARDIS. He even calls her a “stupid child!”. Given the previous scenes lead us to suppose Susan is locked in a perfectly mundane police box it even seems likely he might hit her. In the final version Hartnell is more whimsical through these scenes. He's condescending, yes, but with an edge of charm and when he tells Ian “You don't understand and I knew that you wouldn't.” it hardly seems malicious, just weary and amused. Oddly, in the pilot, it's clear the Doctor kidnaps Ian and Barbara to prevent their knowledge of the TARDIS from contaminating history whilst the second version has him panic and take off so Susan won't leave him. Wait, hang on...

Pull back a second, I'm ignoring half the episode and focussing on the Doctor, which is more than An Unearthly Child ever does so rewind and start again. Re-set the co-ordinates for 5.16pm on Saturday 23rd November 1963 and see the moment for what it really is:

What we have is 25 minutes of television based on slowly increasing weirdness in which the Doctor is one of the last elements introduced. The title, delivered within a bewilderingly psychedelic effects sequence and to the strains of gloriously weird music, has an implied question mark attached to it. The Doctor, rather the fact that Susan's grandfather is a doctor, gets a mention in Ian's first scene (the episode's third) but even when Hartnell appears his link to the mentioned grandfather is obscure for several minutes.

So absent the Doctor, lacking even that name when he appears, what do we have? The episode is named for Susan, Barbara is the first named character to get a line (the actual first line goes to a random schoolboy who says “Oooh, yes,” in a very camp manner over a girl's shoulder) and Ian seems to rank equal to her as a fellow investigator.

The first element to be introduced is an unexplained police telephone box (free for use of public, officers and cars respond to urgent calls) in the middle of a junkyard, a junkyard whose gates open of their own accord to let the camera in. It's that last detail that makes the junkyard into an uncanny space and lends the police box some mystique once the camera chooses it as a focus. The camera zooms in on the police box doors, blurs and resolves again into a school noticeboard. We go from the uncanny space of inexplicably mysterious police boxes to the mundane world of school sports, house news and camp schoolboys mocking girls in the corridors.

Susan Foreman intrudes on this world: a girl who knows too much about science and too little about the ordinary world. Her very ordinary teachers, Ian Chesterton and Barbara Wright, are suspicious and decide to follow her home. The story makes a point of contrasting Susan with her teachers: whilst Susan dances as if mesmerised by everyday music we get lines that establish Ian as the cool teacher who knows about pop singers and Barbara as the maternal sort who lends books and offers extra tutoring.

So the two ordinary characters follow the uncanny one home, leaving their space and entering hers: the junkyard at 76 Totters Lane. Reasons for Susan's behaviour, or parts of her behaviour, are offered by both teachers: Ian declares she's a genius, Barbara implies parental neglect for Susan's social oddities and they briefly wonder if it all might just be down to that most mundane explanation of teenage strangeness: a boy. Nevertheless, they follow her into the junkyard, into her space and gradually the ordinary world recedes. Strange objects scattered through the junkyard lead to the entrance of the mysterious grandfather and a confrontation that sees Barbara barge straight out of “our” world and into the most uncanny space yet: the TARDIS console room, bigger on the inside than the out.

From a modern perspective you'd be forgiven for assuming the series will continue as this episode sets out: with Susan as the focus. Its a very familiar set-up these days: we have a “special” person and two perceptive but outwardly ordinary people of either gender who fall into her orbit and thus into her adventures. It's a familiar set-up from any number of teen genre shows these days: Buffy The Vampire Slayer in particular. The not-unnatural assumption is that Ian and Barbara will discover Susan's “Unearthly” secret and perform the dual role of sidekicks and emotional support network in her adventures as Willow and Xander do in Buffy, or Chloe and Pete in the early seasons of Smallville.

So who is the mysterious grandfather in this formulation? Taking our two modern examples above he can either be a knowledgeable, guiding figure like Buffy's Rupert Giles or an antagonistic one like Smallville's Lex Luthor. Given the Doctor's behaviour in this episode either option is available.

It can't last, of course. We're years away from the makers of such series making the leap of realising that younger viewers will empathise more with younger leading protagonists so episode title or no episode title Susan is not destined to be our hero. Protagonist rights will settle on Ian as action man before finally resting on the Doctor's shoulders when he becomes the series' single enduring character. Susan's agency will be a sticking point in a lot of the next ten essays but I'm going to make a statement right now:

I don't believe Susan would have worked out better as a boy. The problem isn't that she's female given the praise anyone who does one of these projects reserves for Jacqueline Hill as Barbara. A female character doesn't need to be treated the way the series will treat Susan, especially on Verity Lambert's watch. The problem is that she is young, in particular that she's the Doctor's granddaughter. We'll revisit this theme I'm sure, as all criticism of Susan necessarily focusses on it, but the familial link makes her subordinate in an unavoidable way. With the three other regulars all being older than her and all possessed of a role that makes them socially responsible for her she doesn't have much chance of agency at this stage in the history of storytelling. This would be equally true for Samuel Foreman as it is for Susan Foreman.

With which thought we close out the episode on a desolate plain in an unknown time and place with a sinister shadow creeping across the ground towards that uncanny police box...