Finding my enthusiasm for Warhammer 40,000 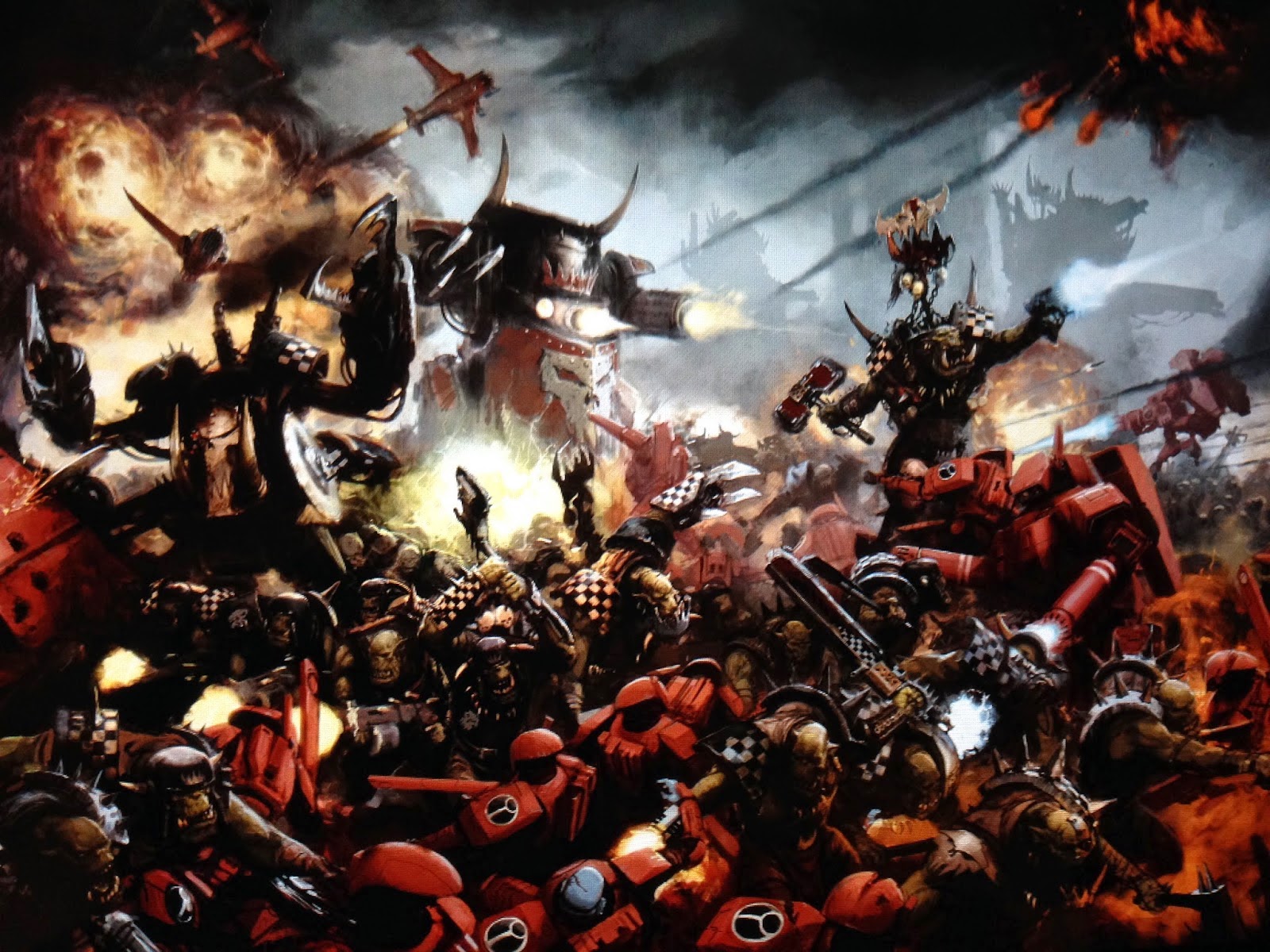 It has taken me a while, honestly. I haven't played 40k in years and when I agreed to take part in Dave's campaign it was more to make up the numbers and be sociable than actually wanting to. I put myself down to play Orks because I had the models sitting in a box, unmade and unused and that felt wrong. I've been dragging my feet on building them just because I didn't have the enthusiasm.

Now I do, thank goodness. My newfound enthusiasm comes from two factors:

The first is that Matt and Ian had a game on Sunday and I was invited over for company and to handle the rulebook. Both were playing Battle Forged Imperial Guard lists (or Astra Militarum, if you insist), though Matt's are built and converted as Traitor Guard. Still, it was a game between two of the same army and yet it wasn't at all boring. I suppose my problems with old 40k aren't uncommon: I found it too easy to predict what was going to happen in a game, the winner was often obvious from turn two and had very little to do with tactics.

This game, though? Random charge lengths stopped the movement progression from being as logarithmic as it was back in fourth edition when I last played regularly and the Tactical Objective system meant that both players were forced to make choices, again something I thought the game lacked before.

Matt made a choice to basically remove his largest unit (40 Conscripts and a Ministorum Priest) from play to hunker down on Objective 2 in case he drew that card later in the game. Ian made a choice to throw his deep striking Tempestus Scions into a suicide mission to take out Matt's Warlord to potentially grab two objective points for killing the Warlord and killing a character. Both also had to choose at various points whether to ignore an objective they could take but that that might harm their army in the long run.

And the winner just plain made better choices on what objectives to go after. Luck was involved, it always is when random mechanics come into play, but so did tactics. It wasn't just a matter of spamming the enemy with the “best” units or using a tournament list. It was a genuinely fun game to watch and made me want to play it myself.

Of course, I'm going to need an army for that and the other thing that rekindled my enthusiasm was that I came up with some sketchy background for my Orks. Nothing too definite, just some names and basic personalities because I mostly want it to be determined by what happens in-game but it is amazing how much more I care about this campaign now I have some characters to play with.

Now, instead of taking “my Ork army” to this campaign I'll be bringing the mercenary Freebooterz of Kaptin Thunderguts Snarla (yes, I love the Navy Lark), (un)ably assisted by his first mate Mistah Krumpins and his trio of incompetent Meks Owzat Gubbinz, Krakka Muggs and Chub. Also, for comedy purpose, the Gretchin crewing one of my Zzap Gunz will be based on the Marx Brothers (Grubba, Chugga, Hurla and Zero).


Now its just a matter of building the bloody army before February. I'm going for a theme that's heavy on the gubbinz, heavy on the dakka so that should save me from having to build too many models. Now I just need an army list, some idea of what I have and what I need, and away we go.
Posted by James Ashelford at 12:00