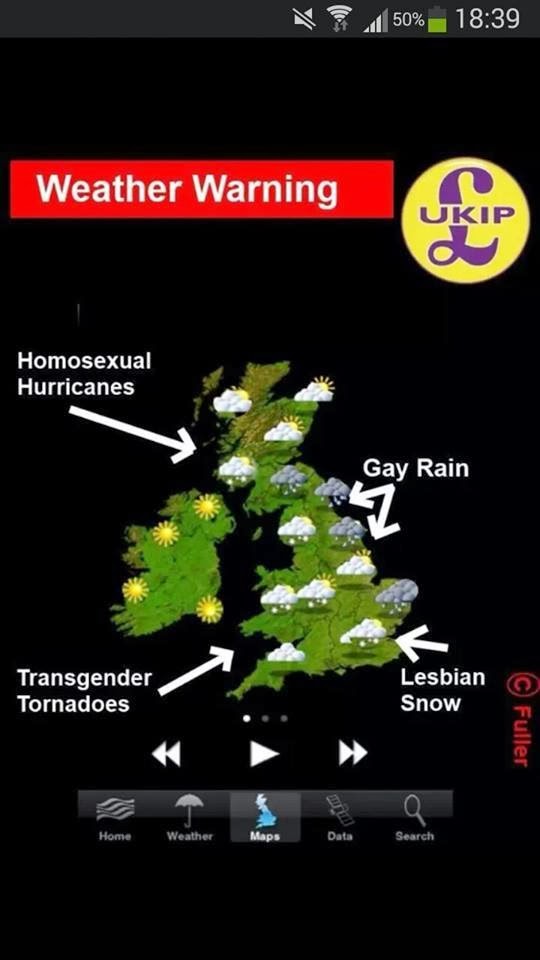 Okay, this whole business when an MP from UKIP declared that the flooding of the past few months was God's punishment for the UK government passing a gay marriage law.

This ignores the fact that we've had severe flooding every winter for at least the last five years and all the anti-homosexual stuff in the Bible is from the Old Testament alongside the rules about not touching pig skin, keeping the Sabbath on a Friday on pain of death and explicit legal dispensation to sell your children into slavery.

Yet we keep being told the anti-gay stuff is still relevant? Seriously, guys, if this stuff is actually important to your world view you should read it properly not just cherrypick the bits that confirm your own prejudices.


Anyway, the picture at the top of the post hit Facebook the next day and now some brilliant joker has started a UKIPWeather Twitter. It is hilarious and I recommend it to anyone who likes a laugh.
Posted by James Ashelford at 16:50

Oh, you have those sorts of idiots as well?