I am a somewhat compulsive list maker and this year I've been keeping track of how many miniatures I've managed to paint. A few weeks ago I realised I was on the verge of finishing one hundred models in the first six months of this year. I was twenty-two models away and on Saturday, putting some grass on bases, I reached my target with a few hours to spare. 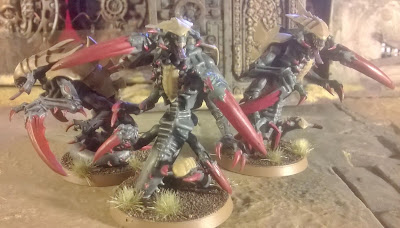 First up we have a trio of Raveners and I can finally make use of Hive Fleet Jormungandr's bespoke Stratagem to deploy infantry units underground with their burrowing creatures. 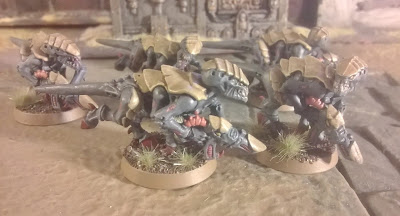 Next up are five Termagants, the first finished model from a job lot of very random smaller bioforms I received from eBay a while back. I hope I've managed to cover every single bit of the original owner's hideous neon green colour scheme but I keep noticing bits I've missed.

Twelve Purestrain Genestealers ready to combine with the eight I already have to become a horde of twenty vicious killing machines. 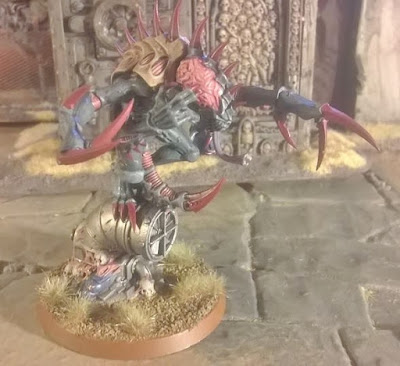 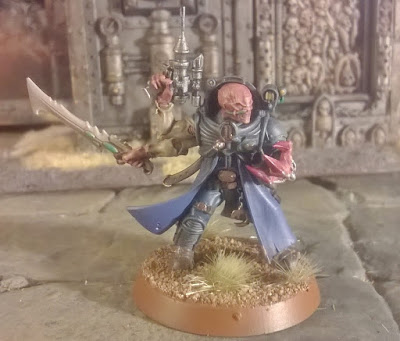 And, finally, taking me up to a nice, round one hundred are a Primus and Patriarch for my Genestealer Cults detachment.

So the plan from here...

Quite simply, I want to beat this total over the rest of the year. I got one hundred models finished in six months and I'd like to make it two hundred (at least) before the end of the year.
Posted by James Ashelford at 05:00

Congratulations on reaching a 100 models completed in the first half of the year. I may have hit a 100 in the last five years myself. Looking forward to seeing the next 100 completed in the coming months.