You know something? I'm starting to think that a terrible movies are in some ways preferable to almost good ones just because when a film is an utterly misbegotten trainwreck that was never going to work it was at least not disappointing. I'm so tired of disappointing, of your Man Of Steels and your Amazing Spider-Mans. 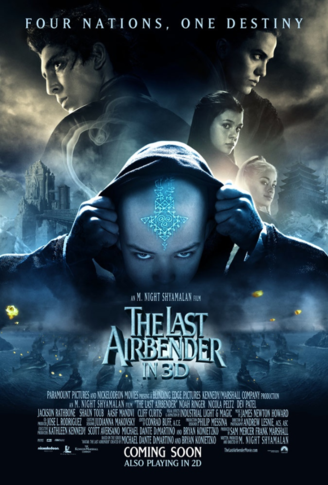 Okay, examples, trainwreck first. M. Night Shayamalan's The Last Airbender was never going to be a good movie and I'm not even bashing Shayamalan here. He picked an unwinnable battle, there's no two ways about it. Any given criticism of the film as made, in retrospect, provokes little more reaction from me than “Well, duh.”.

I really mean that. I hate the film with a fiery passion but there are so few practical ways in which it could be improved given the restrictions of its production. The film is too short to cover the whole first season's plot, yes, but it was targeted at children so there were limits to how long it could be. The characters are anaemic compared to the TV versions but again we hit the runtime problem and the fact Avatar tended to slip character development as b-plots in larger stories. Its stupid that Earthbenders POWs find a quarry inescapable but the sea-platform from the show would have a huge expense in an already pricey movie. The “racebending” of Aang and the Fire Nation characters was dumb since Hollywood is hardly hurting for actors of Asian (especially Japanese) descent but some racebending was inevitable as there's just not a huge base of teenage Inuit actors to cast Sokka and Katara from.

I'm not saying this makes The Last Airbender better, it remains a bloody awful movie: its still too short; the characters are still pale imitations of the originals (Sokka especially), the quarry scene is idiotic and very easily read as racist; and whitewashing every character who wasn't a villain... how does someone even make a decision that idiotic?

Still, that it couldn't work is oddly comforting. I wasn't cheated out of a good Last Airbender film because no such film could exist, which brings us to the other side of the coin: the almost acceptable, the almost good. Ladies and gentlemen, I present to you: David Lynch's Dune. 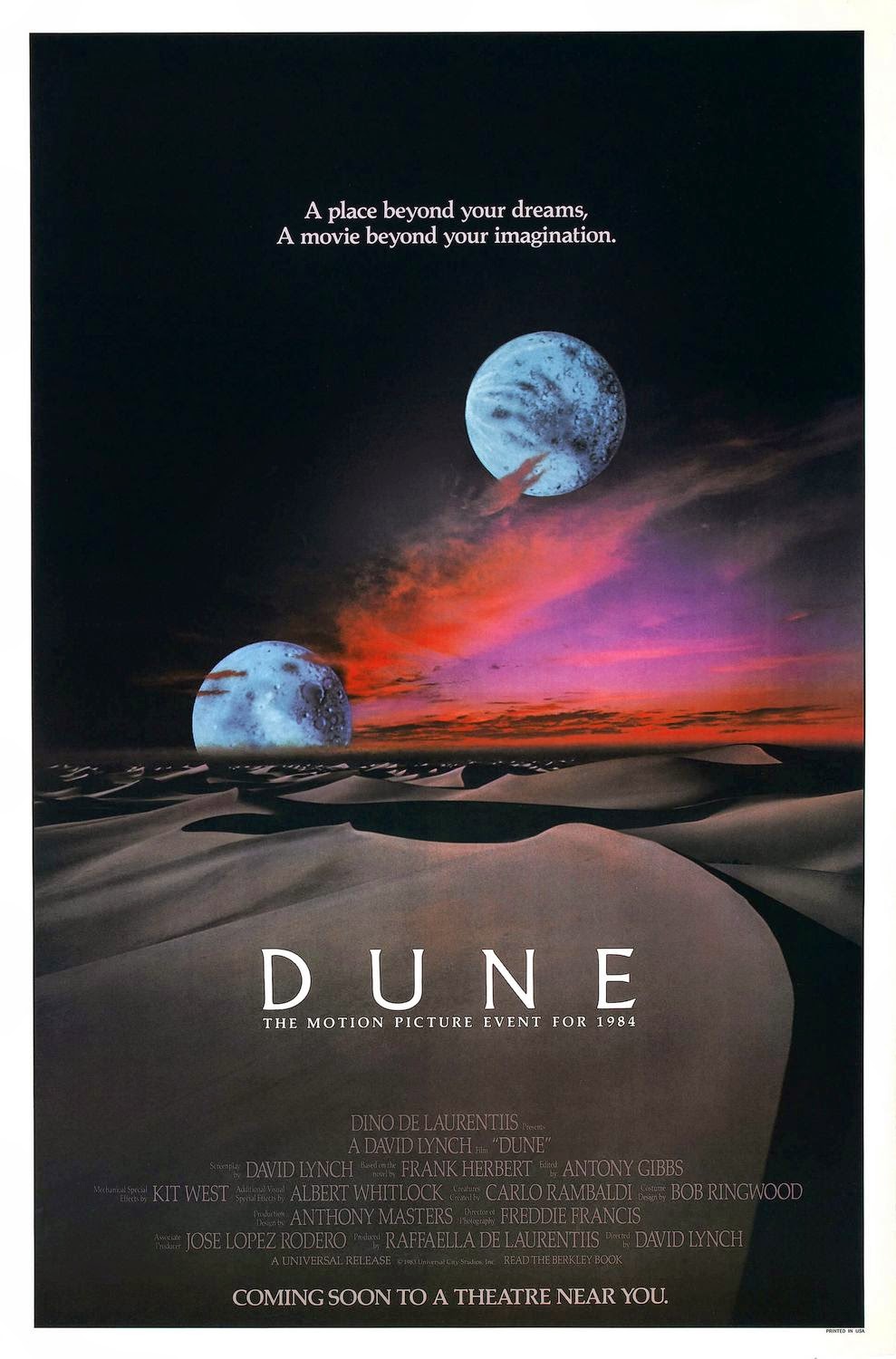 Now, admittedly, this isn't a film that often gets called “almost good”. In general I've found opinions divide into two camps: you've either read Frank Herbert's Dune and think this movie misses every point going or you haven't read the original novel and find a 1980s sci-fi movie of varying levels of acceptable. I'm in camp number one, I love Herbert's work and I think Lynch took a great cast and a great design team and butchered the damn thing. Princess Irulan is reduced to a voiceover at the beginning, a walk on at the end and basically nothing else whilst in the book she's a fantastically important character and her eventual meeting with Paul should have so much more weight than it does.

But, my God, is the film beautiful. I think in terms of writing, the 2000 miniseries was a million miles ahead of Lynch but the theoretical perfect, Platonic Dune adaptation, in my opinion, is the 2000 writing team working for Lynch's designers.

The same actually goes for Man Of Steel, my recent favourite punching bag, which has absolutely fantastic visual design, great fight sequences and gorgeously shot set pieces. What it doesn't have is a screenplay that has any sense of who Superman is and what he's for; the tone is all over the place; Clark Kent has no discernible character arc which left me more invested in Jor-El and Guardian; David Goyer was having a Green Lantern day instead of a Blade II day when he wrote the dialogue; and the film seems to think its theme is interrogating our fear of outsiders but never gives anyone any reason to trust Clark. However, most every moment of physical direction is damn near perfect aside from that washed out colour palette DC films contracted during the Dark Knight trilogy and now seems incurable.

My perfect, Platonic Superman movie? Well, one that looks like that but has some damn sense of identity, to be perfectly honest.

Now, academically there's real value in looking at how these various pieces fail at their goals but from the point of view of an £11 ticket and an hour's walk to the cinema there's more to resent than with something I was dragged to thinking it couldn't work.

And, of course, with straight-up terrible sometimes history is kind and we get kitsch acts of insanity like Night of the Lepus, a horror movie about giant bunnies menacing the American mid-west. That's a film that could never, ever work to the point that I actually know people who dismissed seeing it as a fever dream or the consequence of accidental opiate exposure (well, they say “accidental”). Point is you can laugh at bad. Sure, with The Last Airbender my feelings were more akin to detached horror than amusement at what had been done to the source material but it wasn't the continuous cycle of becoming invested in the visuals and the action but being drawn out by the dialogue and narrative I felt with Man Of Steel.
Posted by James Ashelford at 05:00

Christopher Reeve will always be Superman to me.

But terrible movies ARE a whole lot of fun to watch with friends, because then you can sit there and make fun of it. This is preferably NOT done in a theatre, as the rest of the patrons might object. But at home...it's a hoot!

Oh yes. Particular favourite for bad movie night with my friends is the Dungeons and Dragons movie and we all join in with the line "So like you thieves: always taking that which doesn't belong to you.".