What is Superman v Batman: Dawn Of Justice for? 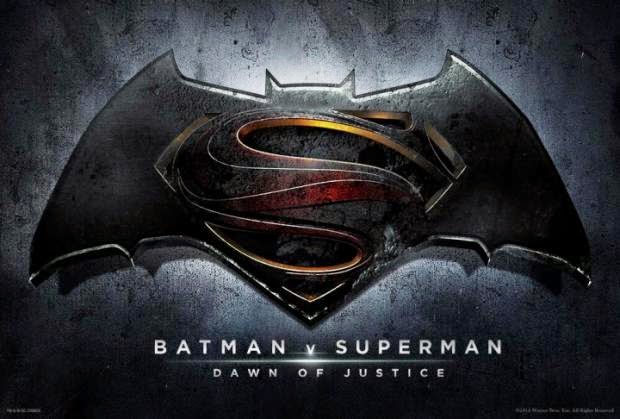 I should clarify what I mean by “for”. When I ask what this upcoming movie is for I mean “What is it for creatively speaking?”. What is it setting out to achieve other than piles of dollars on opening weekend? True, we don't have a plot yet, we won't for a while but we do have the initial marketing and that tells... a confusing story.

Back up a moment and we'll examine another, comparable film in the context of this question. Since I wrote about it only yesterday Guardians Of The Galaxy, naturally springs to mind. I have no insight into the production of the film but just watching it a few objectives spring to mind:

Objective 1 is to trial out a lower-tier Marvel property in film and see if Marvel Studios can make a franchise out of something the wider audience hasn't heard of and isn't propped by the Avengers name. Huge takings at the box office so Objective: Achieved.

Objective 2 is to widen the Marvel cinematic universe out into space, building on what the Thor movies did. We get the Nova Corps, Xandar, Knowhere, the Kyln, the Kree Empire, Thanos and the Collector. Working out from that, even if Guardians was a flop, Marvel has the basis for a Captain Marvel film, a Nova film or doing The Infinity Gauntlet for Avengers 3. Objective: Achieved.

Two objectives, one of which is just inherent in the creation of the film and the other affecting little more than window dressing by asking the writer to incorporate, say, a pre-existing Mos Eisley-style hellhole like Knowhere instead of creating a new one. Neither really imposes on the plot to any great degree.

So what are the objectives of Batman v Superman: Dawn of Justice. Let's start with the film's title because that's a ripe little target.

Okay, as far as I'm aware the film was never officially referred to as Man Of Steel 2. That was just a convenient label the film media slapped on during pre-production so they'd have something to call it. All that was announced was that it was a sequel to Man Of Steel. Seems simple, Objective 1: Superman sequel, built the franchise, establish the Metrooplis status quo only just set up at the end of Man Of Steel.

Then the announcement was made that the plot would involve Batman coming to Metropolis and having a punch-up with Superman. Objective 2: introduce a new Batman. A Justice League film was coming, we all knew that, so it wasn't unreasonable to try out the World's Finest team-up combo as a first step.

A slew of new details. The full title: Batman v Superman: Dawn Of Justice. Superman has been moved down to second billing in the title so is this the second Superman film or the first in a new Batman franchise? Then there's the subtitle, which along with the announcements that Wonder Woman, Aquaman and Cyborg would be included in the cast, make it clear this is also very actively prefiguring or even about the creation of the Justice League.

These objectives are all implicit in the inclusion of the characters, all of whom are listed on the film's IMDB page. Including the new Batman and Lex Luthor this film is introducing five new major franchise characters, at least two of which the studio will be actively pitching to make solo films for. This could be setting up as many as three other film franchises and that seems too much for one movie.

DC and Legendary are trying to copy Marvel's success. I can't blame them but I think a problem here is trying to copy results rather than methods. They're introducing the lion's share of the Justice League in (if we take Green Lantern as canon in this universe) their third film. Avengers Assemble was Marvel Studios' sixth film in their masterplan and at most any one Marvel film only introduces the title character and one other in the supporting cast like Black Widow and Hawkeye.

I think the problem might be that Marvel produces in-house as Disney subsidiary whilst Legendary is a third party. The slow-build Avengers masterplan was a massive risk and solo films for Wonder Woman and Aquaman are perceived as even bigger risks. Aquaman is actively a joke character in the public imagination, as is the fact that a Wonder Woman movie has been in pre-production hell for perhaps longer than I've been alive.

I'm not saying Dawn Of Justice won't be good, I'm not saying it will necessarily fail. I only want to point out that on the evidence of the things announced two years before release it's setting itself a lot to do in one movie when the Marvel playbook they're cribbing from emphasises a slow-boil and very long-term planning.
Posted by James Ashelford at 05:00

I WANT it to be good. I WANT a Justice League movie. And yet, I do remain a bit skeptical. DC is in the position of trying to cash in on Marvel's success, without wanting to take Marvel's risks. So they just keep making the same Batman or Superman movie over and over.

We shall see, I suppose.