Is Peter Capaldi working from the Colin Baker playbook? 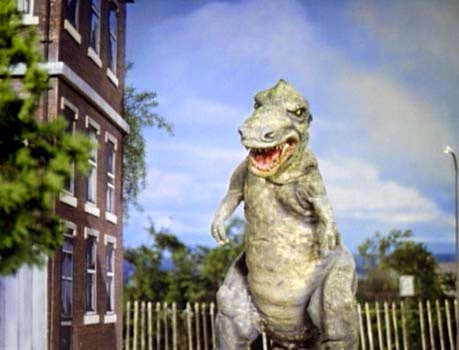 There's a lot to be said about Peter Capaldi's début episode, amongst them the fact that I'm finally starting to like Clara and that Vastra and Jenny are finally gaining some layers, both as characters and as a couple. What I want to concentrate on is that Capaldi seems to be playing a Doctor, and Moffat seems to be writing a Doctor, who calls back to the series' least popular period.

So it was the mid-Eighties, Colin Baker was the Doctor and I'm sort of reading tea leaves after that because every first hand account of this period wildly contradicts every other first hand account. As far as anyone can tell there was a plan or an idea or a vague, vague notion of running a story arc where the Sixth Doctor would start out unsympathetic and the audience would warm to him over years. It didn't work: Colin Baker started off his era by trying to strangle his (female and heavily sexualised) companion, an act for which he never apologises and she just sort of passively forgives him for even as he continues to be genuinely unpleasant to her.

Once all the feminists in the audience have stopped vomiting, we'll continue.

It went wrong then, can it work now?

Well, for one thing Capaldi's moment of betraying Clara is almost instantly redeemed. He might be unpredictable but he isn't acting totally against the Doctor's moral code (like, oh, for instance: strangling a defenceless woman!). There's an ambiguous moment with the bad guy of the week where either he kills himself or is killed by the Doctor but the villain is a genuine threat whose survival would have meant the deaths of Clara and the Paternoster Gang. “Would you kill to save your friends' lives?” is a moral ambiguity people can get behind and debate.

There's also the fact Moffat is working with a greater level of audience trust than John Nathan-Turner had in the 1980s. 1980s Who was past its heyday and trying to hold onto an audience that still sort of missed Tom Baker. Modern Who gets more than ten million viewers an episode opposed to the about seven million JNT had in the era we're discussing.

There's more goodwill these days, is what I'm saying. Most of the last seven seasons have been good quality, quite a bit has been fantastic whilst Colin Baker came in after quite a few years of... shall we say “problematic” production values on the series?


I must admit, love Matt Smith's Doctor as I did I was getting a bit fatigued on the series last year, especially as Clara never clicked with me (she's doing better now) so I'm very much looking forward to seeing where this is going.
Posted by James Ashelford at 05:00