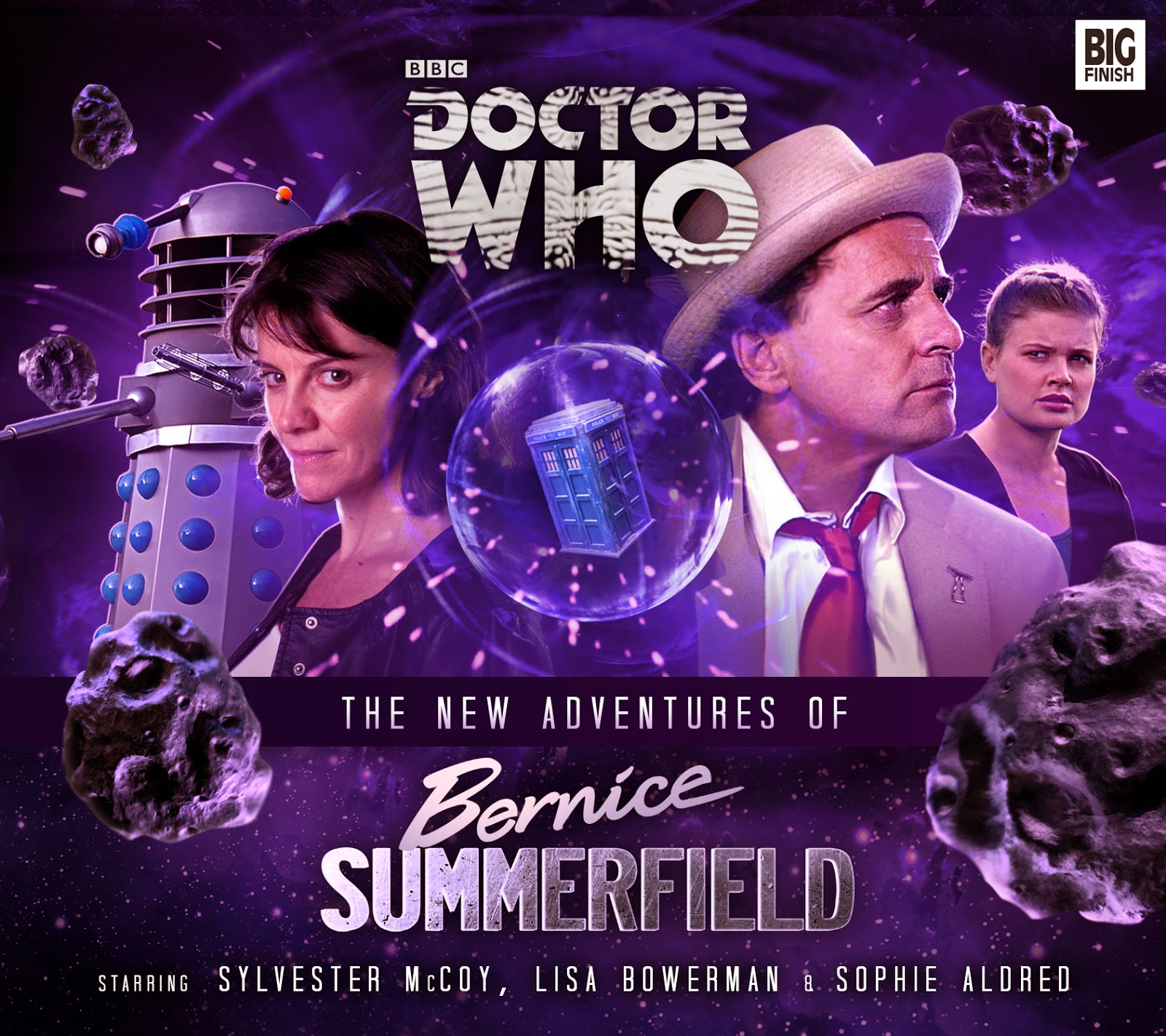 I approached this box set with mixed feelings. On the one hand I grew up reading the New Adventures novels, I have immense nostalgia for them. On the other, Big Finish's revisitations of the era have been of mixed quality to say the least. The sticking point has usually been Ace, her New Adventures version being so different from either Sophie Aldred's TV portrayal or the one she's developed in the years since. Hardly a surprise, then, that she's always had trouble capturing a character whose development she entirely skipped. There's also the matter that reverting Bernice's ongoing adventures to a Doctor Who series could be a massive backwards step for the character.

Over its four episodes this box set addresses my concerns one-by-one. For a start the box isn't set during the New Adventures but in Bernice's later life. The set opens with The Revolution by Nev Fountain which very much sets up the fact that no matter whose name comes higher on the cover this is a Bernice Summerfield series guest-starring the Doctor and Ace. Bernice is the first character to appear and when the Doctor does turn up he's not at his best: recovering from cryogenic freezing, confused and without a plan.

The core of The Revolution is a comedy religion versus comedy science plot but its main job is to establish the Doctor and Benny's relationship. It's also good to see McCoy playing comedy scenes in a New Adventures nostalgia trip. The “Dark Doctor” might be the New Adventures legacy that's widely remembered but there were as many stories where the Seventh Doctor was a lighter, comedic figure as in the darker vein. Kate Orman books, in particular. God, I miss Kate Orman books.

The “this is a Bernice Summerfield story for definite” vein continues with Good Night Sweet Ladies by Una McCormack which has Bernice flying determinedly solo. Broadly speaking its a ghost story but spoilers forbid me from revealing who the ghost is. Curiously, though, of the four stories this is the one most based in the history of Bernice in the New Adventures.

Ace turns up in Random Ghosts by Guy Adams on a world where everyone wakes without memories of the previous days they spent on the planet. They all have recording devices that remind them of events every morning. The story skips from scene to scene without giving establishing context which is dislocating but, ultimately, not too hard to follow. It's actually interesting to see at what point the characters begin to edit their “reminders”, to consciously remove their bad memories. Bernice even has a relationship here and wonders about how valid it is, since their history as a couple is essentially reported to her every morning instead of actually experienced.

Random Ghosts also does a better job than usual getting Bernice and Ace's relationship to work: close but fractious, two experienced adventurers with very different methods. The portrayal of Ace also pretty much sidesteps the problems I mentioned above. This isn't “Space Ace” of the New Adventures but rather the Ace briefly glimpsed in UNIT: Dominion (a box set with a whole lot of continuity oddities but damn entertaining). It might come off a little odd to old foggies like me who remember the hardened space marine she became but the fact is those books are about twenty years old and not as well remembered by fandom at large as they are by me. Certainly given past attempts to capture the book version of Ace I'll take a version that doesn't quite fit continuity but that Sophie Aldred can play.

Which brings us to the final play: The Lights Of Skaro by James Goss. A Dalek story, you'll be unsurprised to discover, and so a story that plugs a visible gap in the New Adventures canon. Virgin never came to an agreement with Terry Nation for use of the Daleks so they made a few background appearances but never featured in a full novel (to be honest I don't know if Virgin Books even tried to get a license our of Nation). Bernice's mother was killed when the Daleks conquered the colony they lived on and her father went missing in a space battle against a Dalek fleet.

The scene where Bernice meets the Dalek Emperor is pure gold and some of the best acting I've seen from Lisa Bowerman even after all these years.

The Lights Of Skaro ties the cast together at last: Bowerman, McCoy and Aldred reunited. Having spent three hours setting up the separate components of the cast and their relationships (except the well-established relationship between Ace and the Seventh Doctor) it all comes together beautifully. Terry Molloy's cameo at the start of the disc is odd and seems to go nowhere, though, and I wonder if I'm missing something.

All three characters have long established relationships with the Daleks and Lights covers all of them, in some cases from both directions. There have been a lot of stories dealing with how the Doctor views the Dalek but here Goss does a great job looking at the long history the Daleks have with the Doctor. There's even an explanation of why there were sculptures in the Dalek city during their first story. That might sound like fan wank on an epic scale but believe me its a very significant scene.


Being a Doctor Who and not a Bernice Summerfield set there's an Extras disc which I admit to only half listening to in hopes there'd be some news of whether there was going to be a return to series as it left off in Missing Persons. Not that I'd mind more New Adventures audios in this vein given the evidence, I just miss Peter.
Posted by James Ashelford at 06:00