This week I didn't have a chance to set up the gaming table and the scenery so its back to models floating in the void of time and space which does horible things to the focus of my camera at times, so apologies.

Anyway, this week has been all about the test models for Forgebane and much everything else has stayed in the work in progress case. First up we have the Necron Overlord... 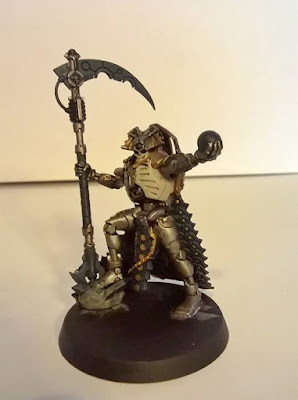 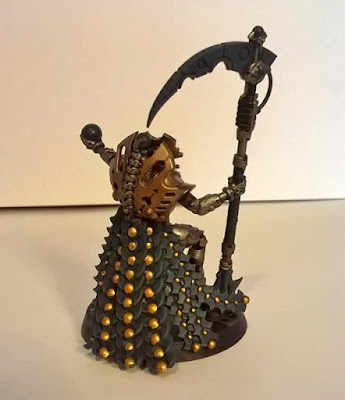 … he needs a lot of highlighting and some drybrushing but I'm happy with the general effects. The cape and scythe in particular, which are Stegadon Scale Green washed black and drybrushed with Thunderhawk Blue Dry Compound, is a nice effect that I think I'll try to replicate on vehicles and Canoptek units. I'm less happy with the brass effect on the backplate but since its another drybrush method it should improve with practice. 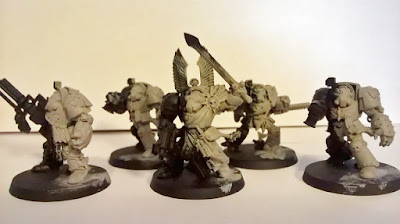 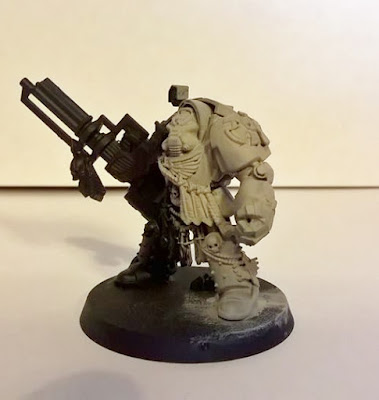 On the side, since I was doing repeated coats of Rakarth Flesh on the Overlord, I decided to do the same to some Dark Vengeance Deathwing Terminators I've had lying around for a while. As you can see they're only bone on one half, this is because the eventual plan is to do a small Angels of Redemption Deathwing army.

On the Mechanicus side I have rather more models lying around because I bought a bunch when they first came out and, being me, did very little with them after that. 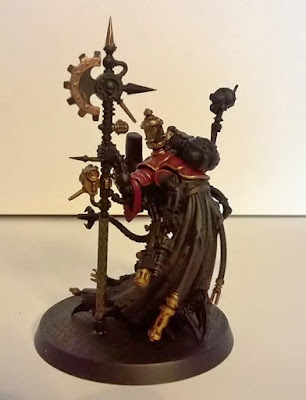 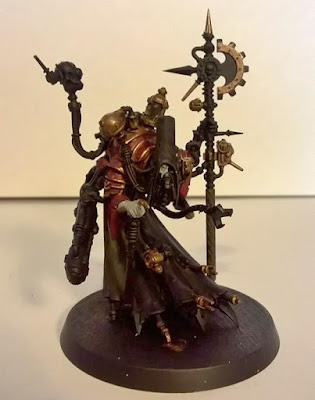 The Tech-Priest Dominus is the most complete, of course, since I'm testing out methods on him and then extending them to the other units. The silvers are the only block colour yet to do and then I can get to more shading and detail work. As you can see, I gave up on the Voss Prime colour scheme early on and switched to Stygies VIII. It wasn't even that Voss Prime's quartered red and yellow looked bad on the this model its just I couldn't work out how to extend the colour scheme to vehicles and servitor units. 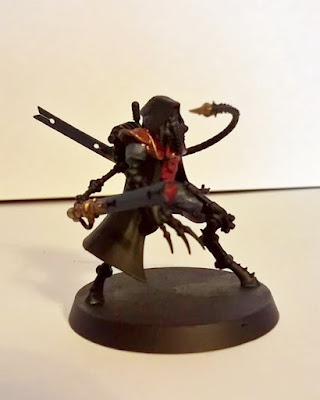 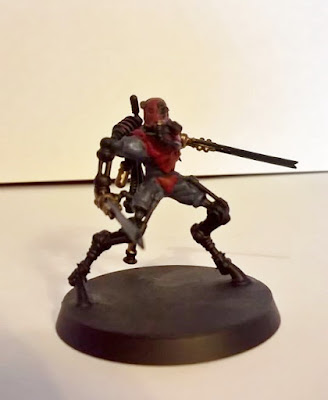 Next we the Sicarian Ruststalkers who are a much, much better colour test for the Stygies VIII colour scheme because they have the blue undershirts on them that the Dominus lacks. They're coming along nicely though the Dominus taught me to hold off on the shading until all the block colours are done which is why it all looks so much brighter.
Posted by James Ashelford at 16:00