No, Capaldi will not "un-regenerate" into Matt Smith 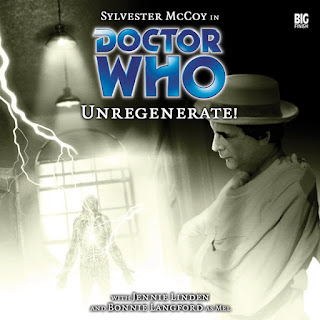 I don't even mean this in a canon sort of way. The canon and continuity of regeneration is nonsense and always has been. The idea that any sort of consistent rules exist that preclude Matt Smith coming back as the Thirteenth Doctor is just mad. I'm taking this from a more practical yet seemingly less discussed avenue.

We've been here before, of course. When Smith was leaving the rumour did the rounds that Tennant would be coming back to “save the series”. It was piffle then and it is piffle now which, as I say, this has nothing to do with anything as involved as canon or continuity...

No, it is because Tennant and Smith are actual human beings with actual careers.

They've moved on. They aren't coming back. I don't care if Smith says he regrets leaving when he did. He's not going to take a massive pay cut compared to his current work and lock down nine months of his schedule to go back to an old role. Actors who do that, let's be brutally honest, tend to be ones who haven't got much else going on.

And even beyond those practicalities, I'm not certain who it would actually benefits. Certainly not Smith, who gets to experience a pay cut and a significant step back in his career. Definitely not Chibnall, who gets to write someone else's version of the Doctor instead of his own because bringing Smith back is a nostalgia move so he'd have to be ultra-faithful to the character as written by Moffat. Not the BBC, either, who get to market the big relaunch of their flagship sci-fi series by admitting they have no better idea than call a mulligan on the last three seasons which'll look great to both the general audience and overseas buyers alike.

And not the fans who want it, either, because they get a showrunner shackled to his predecessor's creative vision which is a recipe for success every time I've seen it happen, let me tell you.