A Tale of 1 Gamer #1 (Army selection and first purchases)

Now that I've got the Doctor Who watch-through off the ground its time to get on with another project I've been meaning to get around to for some time: doing my own version of White Dwarf's classic Tale Of Four Gamers series. 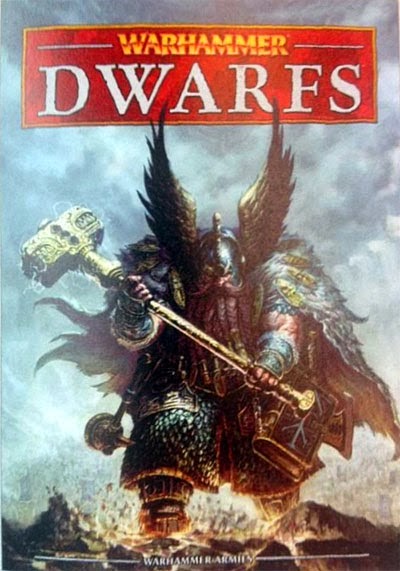 Okay, so the quick rundown: in A Tale Of Four Gamers a quartet of GW staffers were set the task of collecting an army to a strict budget and timetable. In 2005 they were given £50 to start and £25 a month thereafter. Adjusting for inflation (and the fact I'm not actually trying to simulate a pocket money based economic model) I've decided to go with £75 for this first month and £50 thereafter, paid into the hobby budget on the first of every month.

Now, I do have a big project going on at the same time as this: my Bretonnians. I already have all the models I need for that, unless and until there's a new Army Book, so that wasn't a good candidate for this series. I'm going to be using the Brets in a campaign next year with some friends and one idea that's floating about right now is that we might have secondary factions for each player.

I was going to do Wood Elves, the natural allies of Bretonnia, and I went into the store fully expecting to walk out with some Glade Guard and Wildwood Rangers, maybe order the Glade Lord with great weapon. There is, however, a character in the Bretonnia book that's always sounded interesting.

Well, I say a “character”, he's really just a name and a picture of some heraldry: Graeme, Friend Of Dwarfs. As I say, the Wood Elves are the natural allies of Bretonnia and Dwarfs are more matey with the Empire. Linking Dwarfs and Bretonnia just offers more opportunities to do something different with my background. Right now I'm imagining that Graeme was an ambassador to one of the Dwarf holds in the Grey Mountains and he's gone a bit native: can't stand wine anymore, loves beer, a bit too friendly with the common man and far too technically minded for his fellow Bretonnians.

Thus I ended up leaving the store with a bag full of Dwarfs. So, on to this month's bit of accountancy:

It might not seem a lot but I did buy two characters straight off the bat since they're more expensive pound for pound. A general and a support character should be enough for a while, especially in quite an elite army. I'll build the infantry set as Longbeards just so I'm starting off with a Core choice, an old habit of mine but one I'm not disposed to break. The cannon I'm not sure what to do with except I knew I wasn't going to have a Dwarf army without at least one. Right now I'm leaning towards the Organ Gun because they look cool but I have to wait for it to arrive so I've ample time to ponder and work out what they actually do. Look, I've spent five years playing Vampire Counts, I haven't had a shooting phase in half a decade, okay

Now to build the things and work out how to paint them. They're Grey Mountain Dwarfs which apparently means they're quite poor. Lots of greens, perhaps, which would also offer a nice contrast to my Bretonnians who'll all be in rich colours like reds, blues and golds.

I'm really looking forward to this.
Posted by James Ashelford at 06:00