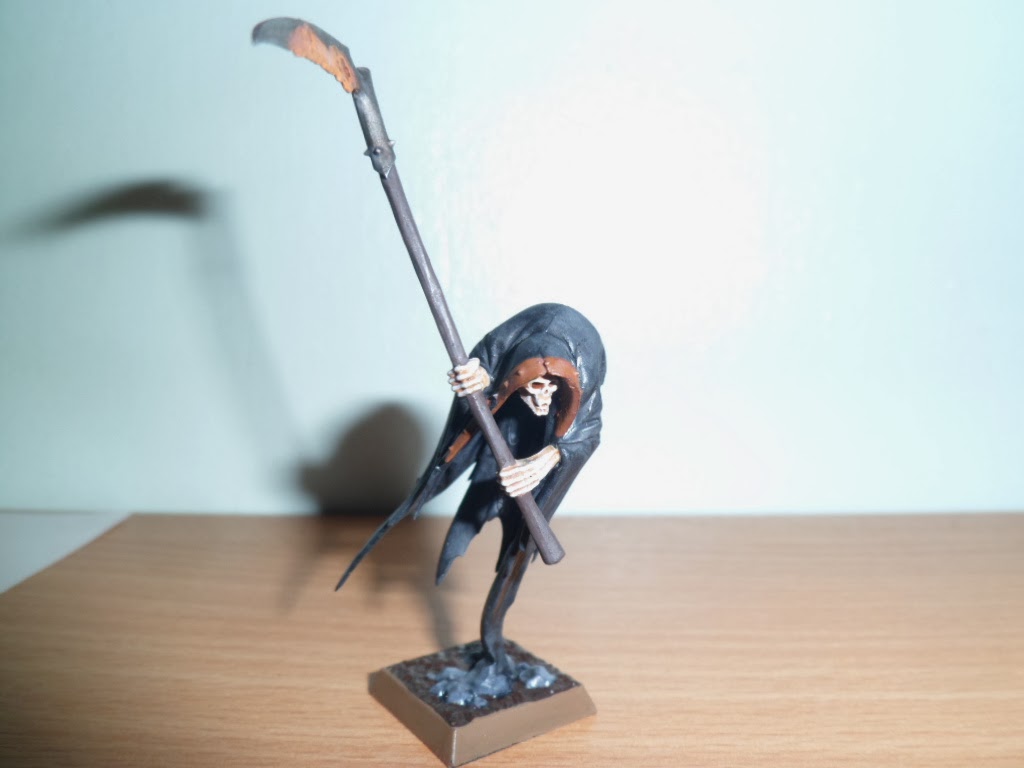 Let's talk about simplicity. It's hard to review a simple model. If I were reviewing something like, for instance, the Black Knights I'm currently painting I could talk about the variations between the five figures, the impressive alternative build, the business of deciding on their colour scheme. But this model...? 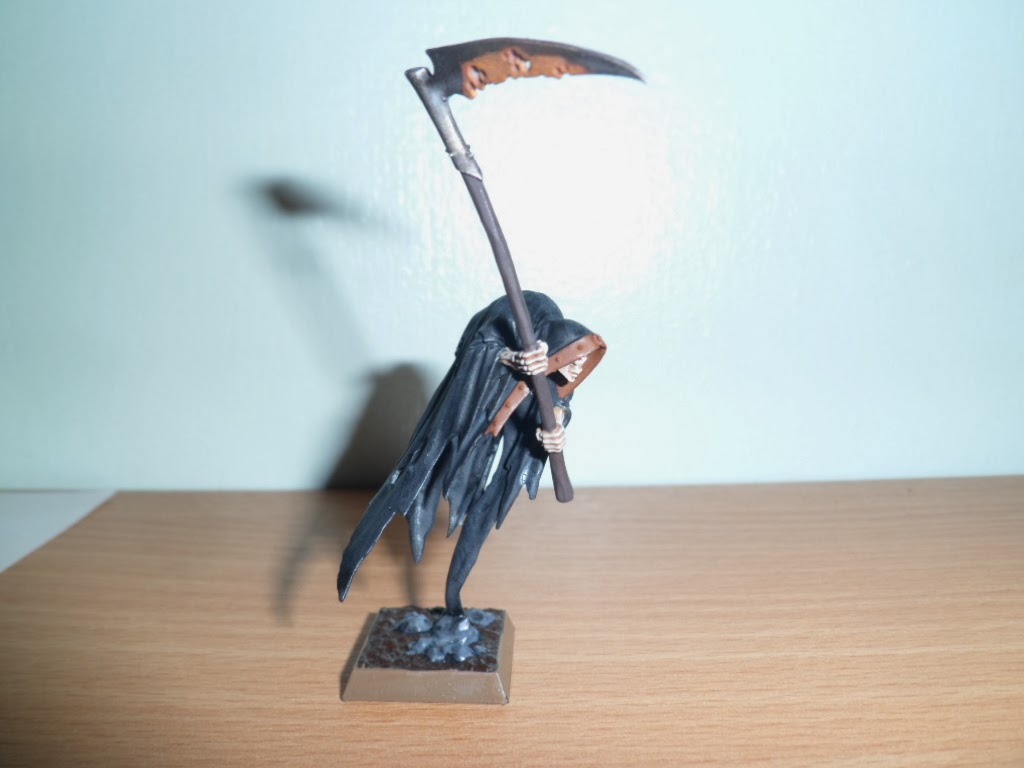 No bells and whistles, no weapons options, no posing options: just a cloak, a skull and a scythe. There are maybe half dozen different colour areas involved, paint it to look ethereal and you can cut that down to a white basecoat and a wash. Your only real decision is what colour you're going to paint the long, flowing robe that makes up most of the miniature. As you can see I went for a traditional black Grim Reaper-style robe. It may be unambitious but I think the model benefits from a simple colour scheme.

That said I've seen some fantastic Cairn Wraiths with green robes and if I buy a second one I'd be tempted to paint it that way.

The whole model revolves around the robe, which is empty below the skull. It's a wonderful design even if you do have to strain a little to see if you've painted every part if the interior. This simplicity also makes it easy to paint, hence it being the first model to make it off my hobby table in this project (99 to go!). 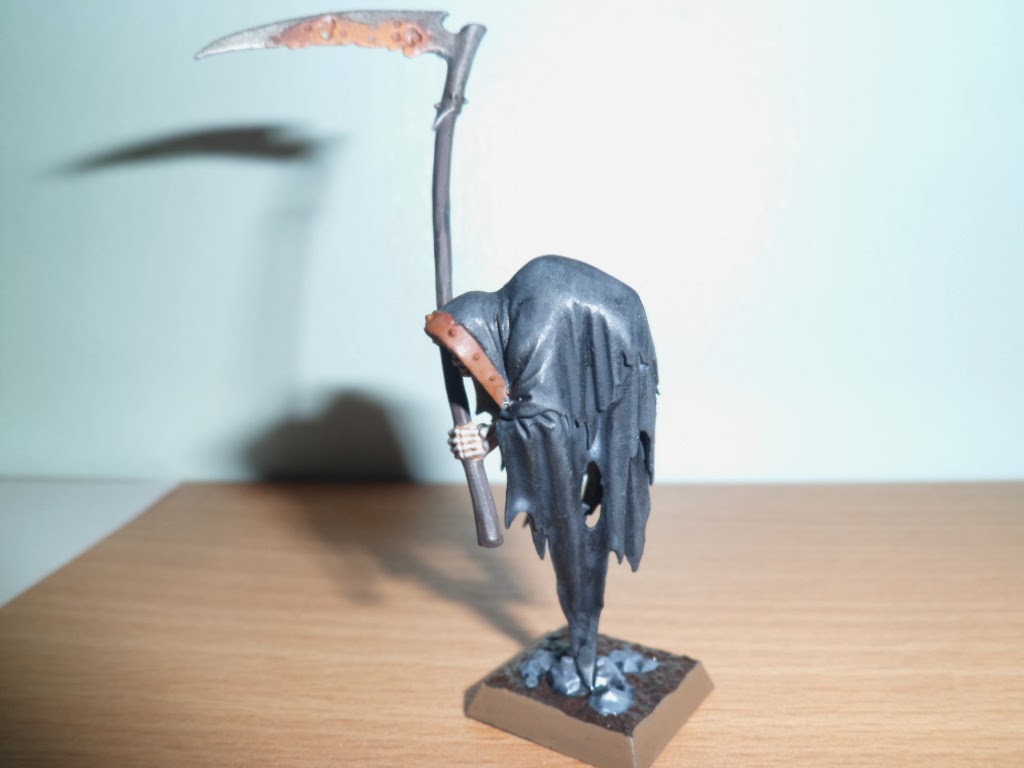 The only flaw in the miniature is the price. £9 is more than reasonable for a character and if you're using it as a Hero, as I am, you won't feel cheated. It's if you want to run a unit of five of the things you run into financial difficulties because suddenly you're looking at a £45 bill for a very small unit.

As to my own work on the figure I'm rather proud of the rust effect on the scythe, achieved through drybrushing (I'm not actually that fond of the effect the new Ryza Rust technical paint gives). The Skavenblight Dinge drybrush on the black robe appears thicker and less subtle now I've varnished the miniature. I want to use the effect again on my Hexwraiths and Deathwatch so I'll have to remember it needs to be very subtle. I don't hate how it's come out, it still looks enough like cloth but if I want to use it as a highlight on, say, power armour it won't do.


Also, it's been so long since I painted a base that I need more practice to get the line between side and top neat and straight. Still, one benefit of this project is that I'll have another ninety nine goes to get it right.
Posted by James Ashelford at 10:30