On Saturday Bobby Skullface published his Transformers Masterpiece Wishlist as part of his Sit Down Saturday series. It got me thinking about what figures I'd love to see come out from the third party scene for my Legends scale collection. Not in any particular order, just spitballing: 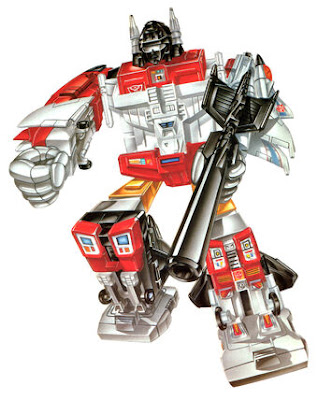 Superion is my favourite Autobot combiner, made more special for me because I never managed to complete the thing as a kid, either as secondhand G1 figures or the G2 recolours coming out at the time. Their origin story from the G1 cartoon was one of the three Transformers VHS tapes at my local video rental place when I was a child. I adore Silverbolt's character.

I'd also just like to see Autobot combiners in the Legends scale. We're drowning in Devastators, IronFactory made an amazing Bruticus and their own original effort with the Decepticon Justice Division set and, Magic Square have a Menasor in thr works. 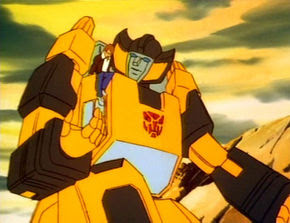 The IronFactory one is too expensive now and only available with their Sideswipe, a character I already have a toy for. It just feels wrong to have Sideswipe and no Sunstreaker (plus, I actually do like Sunstreaker's design a bit better than his brother's). 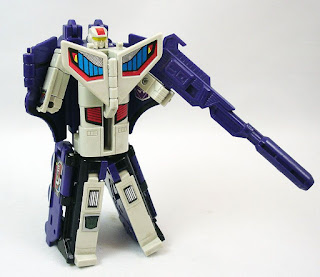 Flat out my favourite Transformers character and toy of all time. For five year old me there was nothing better: it was a transforming robot who was a steam train and a space shuttle. If it had also been a dinosaur it would have been the perfect object.

I have high hopes for the Mech Fans Toys version that's been teased recently but I am picky as fuck with this character. I passed on any version that was a bullet train and there are just a few little problems with the Siege version that stop me from buying it. And, no, none of those problems are the size. When Siege Astrotrain was announced as a Leader class figure I was all for it: he would have been huge against my Legends and I think that could have worked. No, it was the hollow back end of the shuttle mode and the bloody battle damage paintwork.

So, in theory I'm onboard for the MFT version but we'll see. 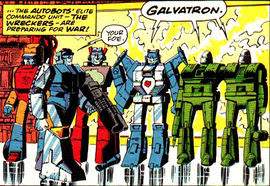 This is my main shortlist for characters I need for my little Wreckers shelf. I love the Wreckers but it has to be said they're a team of also-rans, literally cobbled together by Simon Furman from characters the US comic couldn't be bothered to find a use for. As such even the official toylines don't revisit these characters much aside from Springer. I mean: have Whirl, Sandstorm or Broadside had more than one modern toy?

I could hope that Mech Fans Toys makes a Sandstorm remould of their Springer but the other two would have to be original moulds with no potential second use so I'm not hopeful. 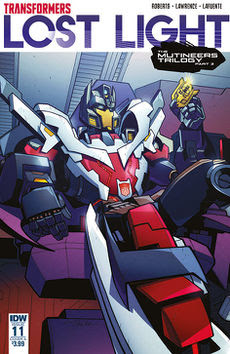 Another themed shelf I have is my MTMTE/Lost Light shelf and that wouldn't be complete without evil mastermind and frequent quoter of Theresa May Getaway.

A MTMTE-style Rodimus would be rather nice, too.

Mechanic Studios (one of the many heads of the Mech Fans Toys hydra) have finally popped the seal on Targetmasters with their Hot Rod/Rodimus set. I know they're kind of dumb and no one seems to know exactly why they need little robots to stand in for their guns but I always loved those toys as a kid, especially the Decepticons Targetmasters. I'd love a decent Legends scale Quake or any of the Targetmasters planes, especially that one with two cockpits.

The thing about Fort Max is that as far as Hasbro/Takara are concerned he's a citybot. As far as I'm concerned, having met him through the UK comics of my youth he's just a quite tall Autobot. IronFactory did a great Skorponok and I'd love a Fort Max to match him (or tower over him by an inch or so). Right now I have the Kabaya model kit version of the character which looks great but, sadly, has all the articulation of the G1 original which is to say not much.