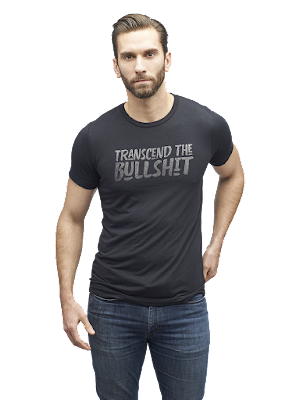 (Content warning: suicide mention. Also, I shit you not, that picture was the number one Google image result for “Men”, could it be more perfect?)


Yesterday was International Men's Day, an event that is all too often just treated as a gotcha when that annoying MRA guy you know at work spends March 8th whining about International Women's Day. Now, of course, this even gets co-opted all too easily by people who just want to use the occasion to bash feminism as if women having rights is at fault for every problem men face.

And how much good does that do? How much does that help promote men's health issues or foster important conversations our society needs to have about the role of fatherhood, of what makes a good male role model or help to demolish harmful stereotypes of masculinity?

Nothing. It does nothing. Its just a bunch of MRA Status Quo Warriors shutting down important conversations because those conversations might hurt their fragile little feelings.

The theme of International Men's Day 2016 is Stop Male Suicide. On average the rate of male suicide is three times that of women. Our rate of suicide is higher in every country bar China that keeps public records of such things. Does anyone think this is conversation that doesn't need to happen? Does anyone actually benefit from shutting down this conversation?

Men are taking their own lives because of the broken, aggressive, emotionally closed off version of masculinity our society promotes and every man who lowers the conversation to “but it's all the fault of the Feminazis!” is one more person working against this issue being taken seriously. You know what would help? Having actual discussions about how men spend their whole lives being told to repress their feelings; about how society actively mocks people of all genders for seeking psychiatric help; about how the expression of any emotional weakness is seen as a negative. We are encouraged by society, by media, even by the orthodoxy of some medical professionals, to ignore and hide our feelings.

And when someone actually sets up an event to address these issues the loudest amongst us treat it like a joke or, worse, an opportunity to lash out at their favourite targets (usually women) and the media ignores it because it looks like all having an International Men's Day for is just an appeasement tactic for the worst forms of masculinity.

There is an epidemic of male suicide. Prostate cancer is incredibly common (only lung cancer kills more men) and is barely discussed in comparison to skin, lung and breast cancer. We are not taught emotional coping strategies. We are socialised to treat women as either an objective or the enemy.

So fuck those guys who think they can sweep all that under the carpet by shouting the word Feminazi at the top of their Twitter accounts.

Because we really need to talk about these things.

Posted by James Ashelford at 12:41

Thank you for mentioning this. I took a mental health first aid course a while back when they talked about this. I don't know what it's like in the UK, but here in the States women attempt suicide more, but men are more successful because they're more likely to use more violent means like guns or hanging. I wish mental health would get more attention in the media beyond the usual "hey check out this loony who offed a bunch of people" story.