(Spoiler Warning: Look, its not like there's any actual information here. The one and only fact contained in this post, and every other one on this subject on the whole dang internet, is that Episode VIII now has a title but if you really, really want to hold off on learning even that just skip this one.)

We've got a title and that means it is speculation times now! That in and of itself is sort of interesting. We are something more than ten months away from this thing opening and a three word title is all we have and yet the speculation begins.

So its called The Last Jedi, which seems to be a callback to how Luke is described in the Episode VII text crawl. Ultimately, that doesn't tell us much more than we already know: Luke will be in this thing. 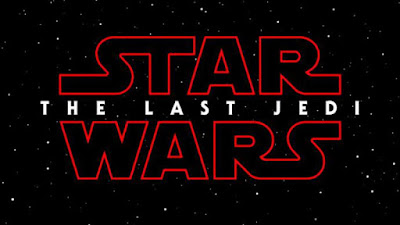 Then there's the fact the logo itself is red. Because Luke will die? Please no. Because Luke will turn to the dark side? Because he'll have a final confrontation with everyone's favourite whining edgelord manbaby Kylo Ren and his self harm sabre?

Then there's the plural issue because “Jedi” can be a plural so maybe Luke and Rey together are the last Jedi. I hope that's it because going for a Game Of Thrones wipeout of the original trio (however unintentional given the sad passing of Carrie Fisher last year) seems a bit too far. Just like its shocking death for shocking death's sake which, again thanks for Game Of Thrones, just doesn't work anymore, it just comes off as cynical.

But what really fascinates me is that this is part of the cycle now. This is absolutely the intended consequence of announcing a title for a big movie now. Fans have always speculated but now the way entertainment news travels so fast and how the internet has made things so much more accessible, well, the entry bar to being a “fan” has lowered considerably. On the one hand its cynical as hell but on the others its kind of heartening that more people are able to engage with their media this way. Just rather nice that there are so many more nerds now, I guess.