The Triumphant Debut of Arkhan Land 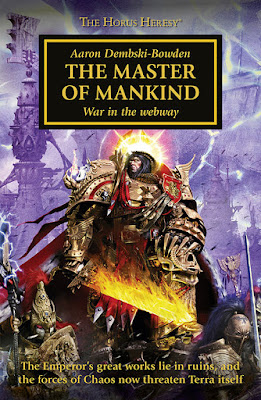 Arkhan Land is one of those little details of Warhammer background that just fired my imagination when I first got into this hobby. He's the Mechanicus Tech-Priest who discovered the STC templates of the Land Raider and the Land Speeder (hence the names). The little background that existed for him before now portrayed him as an eccentric techno-archeologist who owned a cybernetic monkey and a collection of extravagant wigs.

Now, with Aaron Demski-Bowden's novel Master of Mankind, Land has made his first appearance in prose and it is glorious. He's a ball of arrogant self-assurance fully aware of how brilliant he is and how much he's contributed to the Imperium. He is, as I always imagined, very much unlike other tech-priests and this is all brilliantly represented in his monkey Sapien.

So, like most Earth wildlife, monkeys are extinct by the 31st millennium and Sapien is a clone engineered to resemble what people believe a monkey was. Now, some researchers believe that a monkey could hang from branches using its tail. This idea, Land believes, is idiotic as, obviously, the monkey's tail was a lashing weapon meant to break the skin of other creatures and deliver venom.

Yes, this tech-priest has pet monkey with a scorpion tail because he thinks this is historically accurate. This is why I always trust ADB to deliver the goods, stuff like this.