At the WWE UK Championship Tournament

By the time this posts I'll be well on y way to Blackpool to attend the second day of the WWE UK Championhip Tournament. I have never been to a live wrestling show, let alone a WWE one, let alone one where they'll be crowning their first UK Champion. The belt, by the way? Absolutely fantastic. 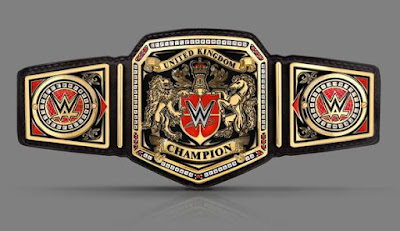 Now, I've not got much clue about British wrestling. American wrestling? Sure. Japanese wrestling? A bit. My own damn country? Not a clue and I really, really hope this'll inspire me to learn more about the national scene. Between fixing their Women's Division (and finally calling it that again) and re-opening the Cruiserweight Division the WWE have been doing great work recently not only in diversifying their product but interesting me in branches of the industry that previously passed me by.

And just... I'll be there! The two people I'm going with have both been to live shows before and the way they describe it I really, really want to experience that feeling.

I will suffer on Monday for it. We're driving up, going to the show and driving back down that very same night. I will be shattered and so I don't promise anything like coherent content Monday here, let alone being able to speak in real life.

I'm also interested to see how a wrestling show works from the POV of the live audience without the commentary and with the backstage stuff on a big screen I might not even be able to see.