Why we love Leela


There's a rant I've been meaning to have over how something being problematic doesn't make it irredeemable. It can. It absolutely can but not every time, which I think is something people on both sides of the issue don't always get. Just because there's an issue with a work doesn't mean you can't or should allow yourself to enjoy it. Other stuff can redeem it.

But why? I mean, there are a lot of problematic characters in Doctor Who and Leela is up there. She's a hot mess of racial and colonialist issues; there's the infamous screen test photo where she was original going to be played in blackface; her costumes basically exist only for sexy value; and, no one on the TV series other than her creator Chris Boucher could write her worth a damn. Oh, and she gets one of the worst exits in the series history: married off to a wet guard she's barely shared a line with let alone share actual chemistry.

Love her, though. Why? Well, basically, this... 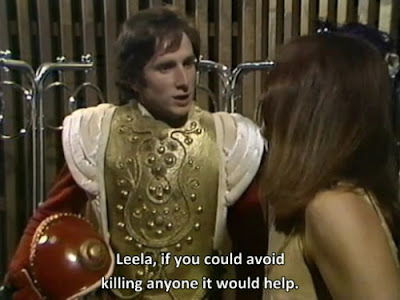 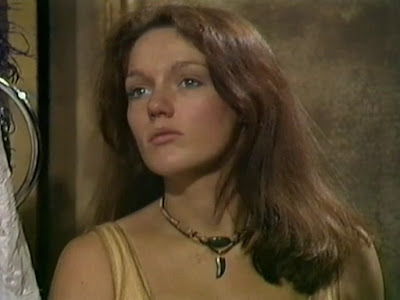 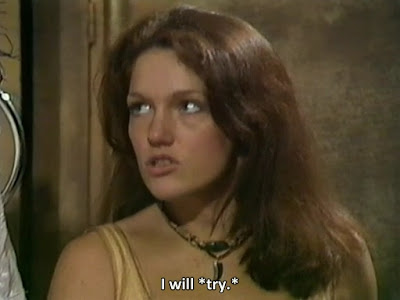 Louise Jameson has infinite reserves of dignity and between Tom Baker's hostility to her presence and some damn awful scripts she bloody needed it. She's an absolute joy to watch and Jameson always manages to find something to do with her lines even when they're bad, condescending to the point of racism, or just damn filler. Jameson is so much better than the stories she's appearing in.

Luckily, times change and now Jameson has the scripts to match her talent at Big Finish: Wrath of the Iceni; Nigel Fairs' Companion Chronicles; any given episode of Gallifrey... the list goes on. Also, she and Baker get on a lot better now so we finally get to see the fantastic synergy they had at length instead of in the rare moments back in the day when Baker could actually stand to share the screen with someone else.
Posted by James Ashelford at 15:23