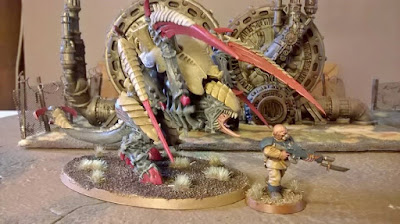 Its been a good week. I might not have got as far with the Store Founding Terminator Captain as I'd have liked but plenty more got done, including a frantic attack on the basing shelf to get some more projects across the finish line. 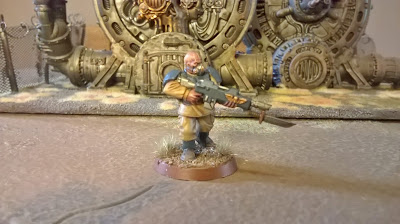 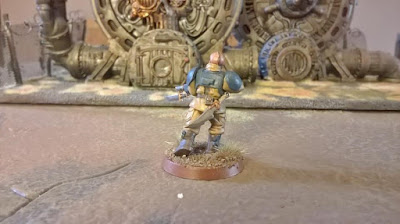 This started out as a test model for my Genestealer Cults army and in the painting it sort of became something a little more. On the one hand I absolutely do want an Imperial Guard/PDF contingent for the Cults but I have also been trying to get around to doing a proper Guard army for years. So, with a little extra clipping and filing on the Genestealer Cults upgrade components this will be not only a part of my Cults army but also a Savlar Chem-Dogs army in its own right.

Also, I tried a Mournfang Brown rim on the base this time which works a lot better than the Rhinox Hide I used on the Familiars. 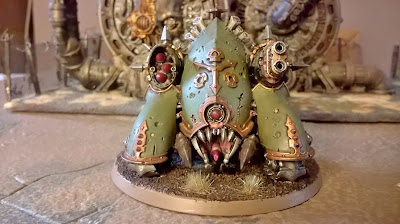 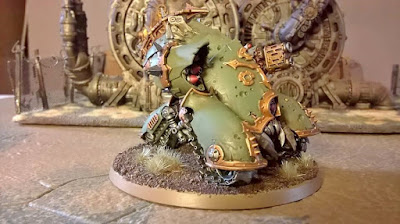 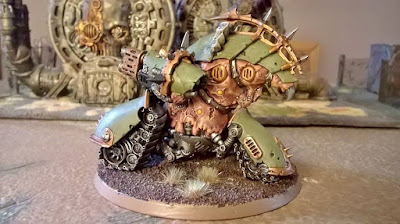 The model affectionately known in the gaming group as “Herbie the Loathe Bug” is finally finished. I really like how the green came off on the larger panels and I'm thinking of doing more vehicles / daemon engines in the army once I have a few more infantry models polished off. 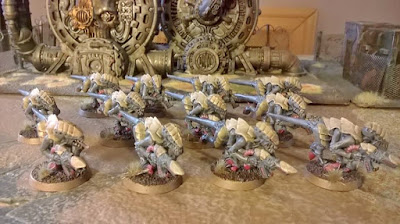 A nice big group of Termagants, the largest unit I've finished for Hive Fleet Jormungandr so far. I'm happy to say the colour scheme continues to work well even if it isn't as time saving as I'd initially hoped. 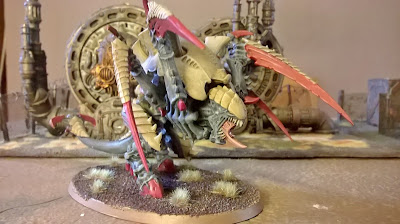 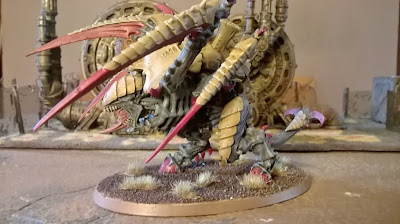 The big fellow was a lot of fun to paint and I feel indebted to the eBay seller not only for posing it perfectly but giving it the right head to use as a Screamer-Killer, which is my favourite kind of Carnifex. It came primed so, sadly, a few bits of flash escaped notice until I was painting it but its not too noticeable IRL. 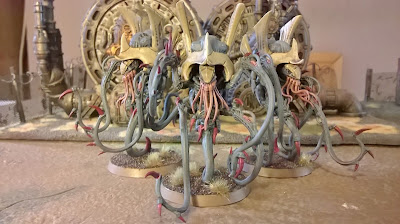 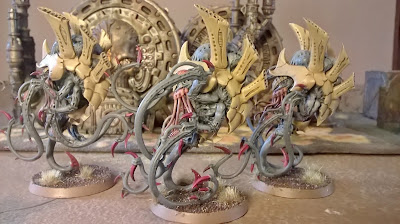 And, finally, a trio of Venomthropes who were an absolute joy to paint once I stopped overthinking them. I kept trying to find something extra and special to paint differently to pick them out but the beauty of Tyranids is in having a huge horde of different creatures in uniform colours so in the end I just blanketly applied the same methods as on the rest of the army and I think they came out beautifully. 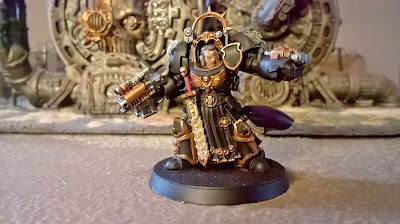 Not much more progress on the Marshal since Sunday, really just getting the inks applied to the metallics. I'm still rather mulling over what to do with the leather loincloth. 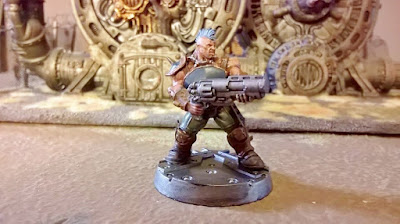 There are still a lot of fiddly details yet to finished on the Goliath test model and I only started the base because I was painting some other things Leadbelcher at the same time. 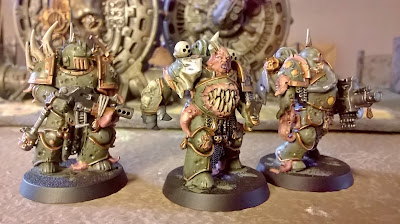 I want to say “these are close to done and I'll probably start the basing in a session or two” but these models are an absolute nightmare for noticing yet more hidden details just when you think you've actually finished one. Still, they're coming along. 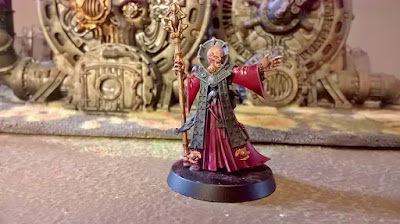 The Genestealer Cults Magos is progressing, even if I will have to go back over some of thatr highlighting to tidy it up, the middle section of the model's body not being the most accessible of areas. 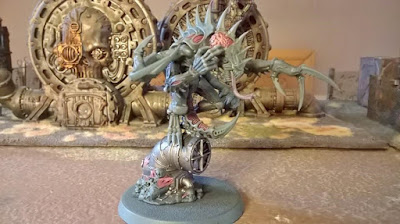 Whilst his friend the Patriarch finally has some large block colour painted. Next step will be the carapace, which will take a few layers since I went with grey undercoat for this one. I also find myself giving more thought than I perhaps need to about which Space Marine chapter the various helmets scattered around the model will be painted as. 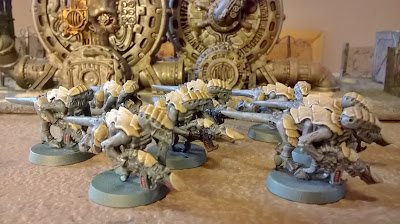 And, finally, a small group of eight Termagants I got off eBay in a job lot with a bunch of other little gribblers. I started with these because it means I'll have a nice large block of twenty Termagants to set down on the table (or for the Tervigon to shart out over a couple of turns).

Five more power and the Tyranids have passed the benchmark. I also really need to get back to painting that Deathwatch Kill-Team.

Posted by James Ashelford at 17:00