John Cena and the Power of Shazam! 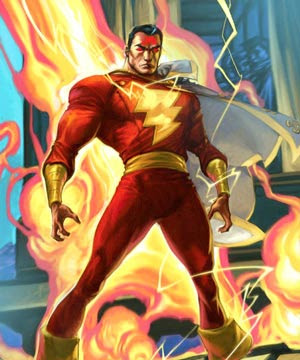 There are a few rumours floating around about actors in consideration for DC's upcoming Shazam movie. We already know that Dwayne “the Rock” Johnson has been cast as Black Adam (or whatever they call him because... that name ain't getting through editing) and, funnily enough, one of the names in consideration for Shazam the superhero is John Cena. 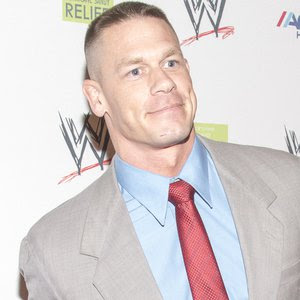 Three times in a lifetime, eh?

Anyway: how perfect would that be? Is there a better person to play a superhero who is the idealised self-projection of a ten year old boy? That's basically what John Cena's in-ring persona (and much of his actual personality, it often seems) is anyway. Yes, he plays up to the kids in the audience and that's absolutely a corporate decision but its hard to say he doesn't make it work. 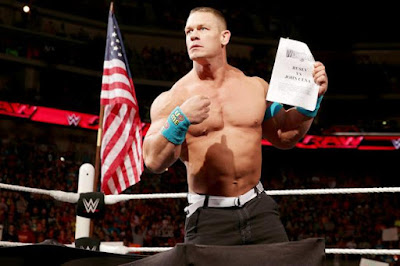 Plus, just look at the man. You couldn't get a more perfect superhero physique if the man was an actual Jack Kirby creation. He has such a wonderfully innocent perplexed expression that would be perfect for Billy encountering complex adult things and being utterly baffled.

There are other actors under consideration, at least according to the rumours, but I really hope this happens because more perfect casting does not exist.
Posted by James Ashelford at 10:00