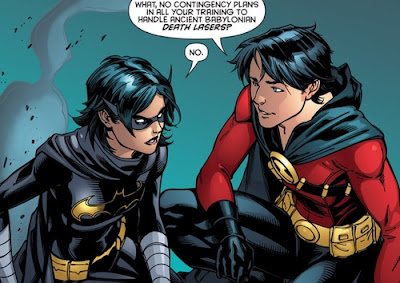 There were never enough scenes of Tim and Cass having dick measuring contests. That might sound an immature way of describing their dynamic but I stand by it. Here was had the two Bat-characters who had some claim to being better than Batman: the girl who could outfight him and the boy who could out-think him.

And in their later pre-Flashpoint incarnations as Black Bat and Red Robin they bounced off each other amazingly. They didn't get enough chance to do it, Cass' chronic lack of a series saw to that.

Grief, was DC ever had a bigger missed opportunity than Cass as Black Bat? She's still Cass Cain but she's operating as Hong Kong's Batman! Hong Kong! Just imagine the stories a setting like that could have generated.

Ugh, water under the retcon, I suppose.

Anyway, one way Rebirth has done right by me is putting these two in the same title. True, Cass is a very different character (and I do like the new Cass, mind) but I do hope they delve into this dynamic again sometime soon.

And if I'm lacking enough sass in Detective Comics there's always Tim and Steph's relationship to tide me over... 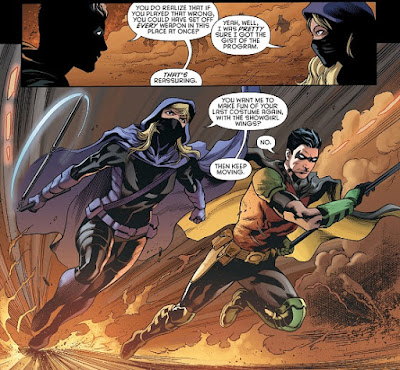