Fant4stic: I don't know but I been told

Tomorrow afternoon, masochist that I am, I'll be watching the new Fantastic Four movie with a friend. Why would I want to do this terrible thing? Originally I was just going to let this one pass and check it out, basically, never. I got caught out with The Amazing Spider-Man, no way was I getting suckered into another of these IP rights hate boner flicks in the hopes the First Class lightning would strike twice.

Then the reviews started coming out. I expected negativity. I expected endless jokes about it being “less than Fantastic” or “I'm only giving it a 4 out of 10 for the gag”. I did not expect the phrase “urethra scraping” to come up.

And the director disowned the final cut.

And Miles Teller gave an interview in which he said critics would hate the movie because critics hate “this kind of movie”.

And it took an abysmally low figure at opening weekend.

Plus, Donna Dickens tweeted out a list of the scenes from the trailer not present in the movie which basically amounted to everything that mildly interested me in the trailer. Apparently there's no Thing jumping out of plane in the middle of a storm, no Doctor Storm bigging up Reed's abilities as worldchanging, no Johnny saying he'll need a heatproof lab. I know the film was going through re-shoots when that trailer came out but that is some seriously dodgy shit.

Mostly, I'm just seeing this because someone else wanted to and I think the epic ranting session in the pub afterwards will be entertaining. There's also an element of pity here. Hundreds of people spent maybe tens of thousands of man hours and millions of dollars to make this trainwreck for no better reason than no one at Fox wants to be the one face down on the carpet before their evil overlords explaining why they let the rights revert to Marvel and basically handed the hated enemy millions upon millions of dollars. 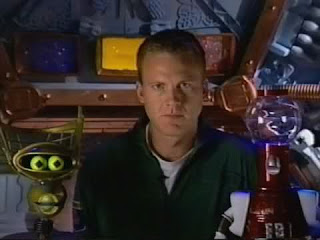 In all seriousness, on the off-chance that by Tuesday anyone other than me and my gentleman friend are in the cinema I fully expect the rest of the audience to be a guy in a jumpsuit and two small robots.
Posted by James Ashelford at 08:00

I think that on top of everything else, Miles Teller is a peculiar casting choice for the - as I understand it - upstanding Mr Fantastic. His most commercially successful role is as a smirking, deceitful betrayer-type character in the Divergent series (he was damn good, I wanted Shailene Woodley's boot to go through his face within about half hour of the first film's opening). In the sci-fi/mainstream consciousness, this guy's face is not the face of a good guy. I'm not saying that he should be typecast, but that it'll be very difficult for him to credibly pull such a colossal face turn so quickly.